The Vile Menagerie vs. The Terrible Trio 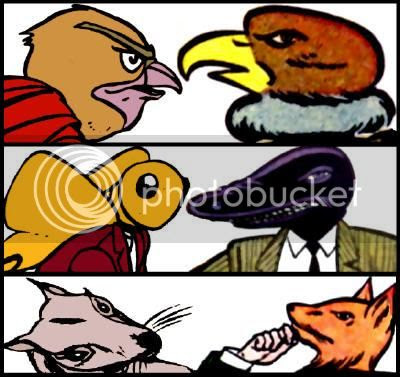 The Human Squirrel,
& Mister Moth
Debut: 1959, 1961, 1960
Nemesis: Martian Manhunter
Other Major Foes: None
Appearances: One comic story each.
Powers: Both the Human Falcon and Mr. Moth flew armed specialty aircraft equipped with grappling cranes. Mr. Moth carried a ray-gun pistol, while the Human Falcon had a wand that could project concealing feathers. The Human Squirrel was an excellent acrobat. 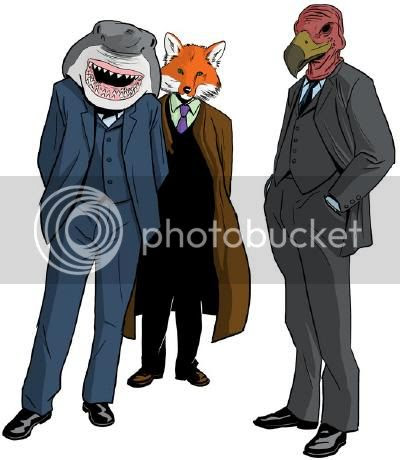 Bio: The Terrible Trio were genius inventors who each specialized in crimes related to land, sea or air. They decided to pool their intellectual resources to strike on all fronts with elaborate machines while wearing animal masks that represented their individual specialties. They were typically thwarted by Batman and Robin, though they were also instrumental in the origin of the last Pre-Flashpoint Doctor Mid-Nite, who once threw a wrench in their works. 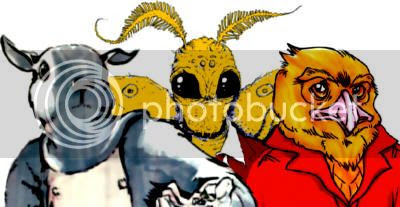 Idol Speculation:
Given how often the Terrible Trio are brought up in conversations about Batman's extended rogues gallery, I was surprised to find that they've had relatively few comic book appearances. They're obviously better loved by animators, who've put them in The Batman cartoon, Batman: The Animated Series, and unsurprisingly Batman: The Brave and the Bold. That said, it took all three of these guys to stymie the Dynamic Duo. The Human Falcon, Human Squirrel and Mister Moth have never worked as a team, and only have one appearance a piece. However, each of their stories involved their holding off the Martian Manhunter on their own (henchmen exempted, especially since the Trio had some, too.) I recognize that fan polls should have limited sway, but when I've pitted Moth & Squirrel against other members of the Alien Atlas rogues gallery, they've done exceptionally well in the voting. I doubt Fox, Shark and Vulture would fare as well against Maxie Zeus, Rat Catcher, or Anarky in solo combat, and those guys are C-list at best. This is a matter of levels, and despite their lack of mainstream recognition, the "Human League" of the Vile Menagerie are simply operating on a higher (and weirder) plane.
Posted by Diabolu Frank at 12:00 AM

J'Onn's foes at least complicated the life of a talented and very powerful Martian, while Batman's villains were bested by an incredibly talented and well trained Dark Knight. So, I think J'Onn's foes would win and might be a challenge to Batman if he fought them.