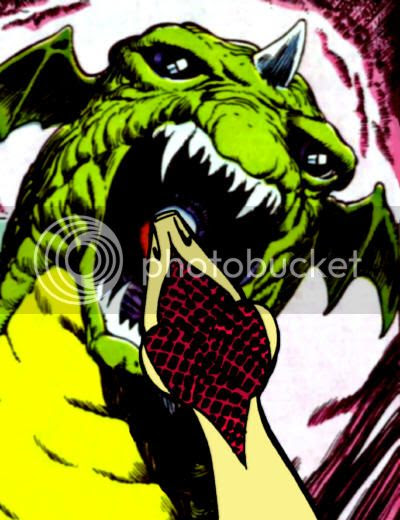 Bio:
The Cobra-Beast was released from the Diabolu Idol-Head to wreck great destruction. 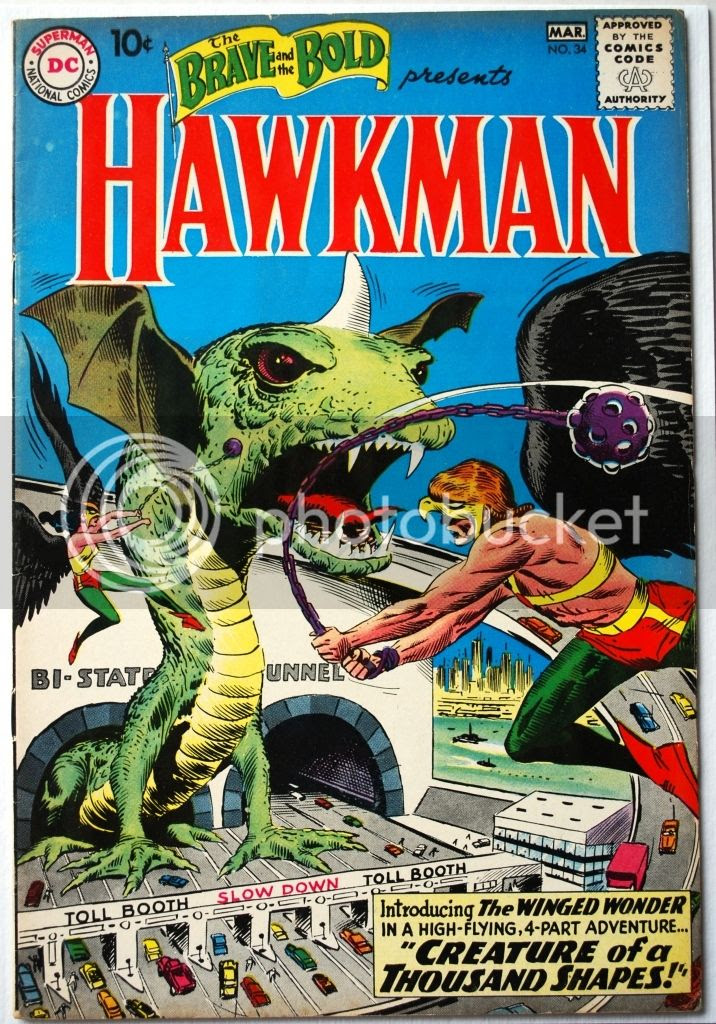 Bio: A Thanagarian criminal who fled to Earth, prompting the pursuit of Hawkman & Hawkgirl, who settled on the planet.

Idol Speculation:
Byth is very clever and dangerous, plus he has the advantage of flight. However, barring the use of Thanagarian weaponry, Byth doesn't typically have the firepower required to kill the Cobra-Beast, and might very well end up absorbed by it through physical contact. Most importantly, the Cobra-Beast's tongue is devastating to such a degree as to do grievous bodily harm to even a giant Byth, should it strike him.