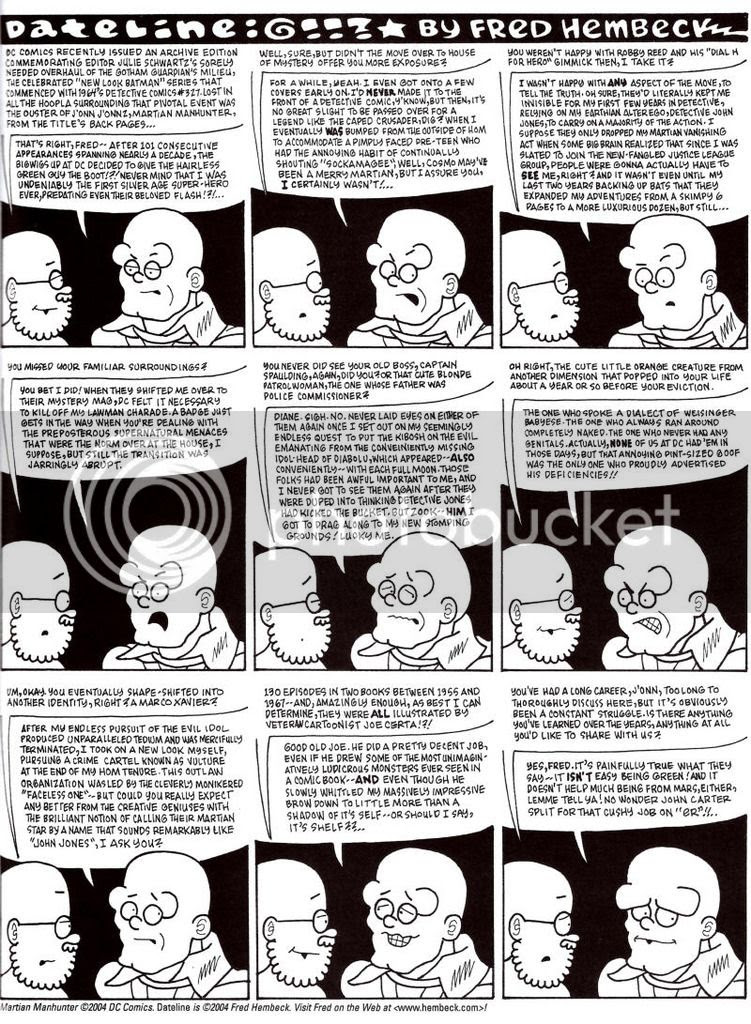 Fred Hembeck has a clear love of comics in general, but especially the Silver Age, which results in a surprising amount and prominence of J'onn J'onzz references in his work. There's his appearance in a running strip from 1980's Hembeck #3 that rated a cover, then the back cover to 1981's The Comic Reader #197 and on through modern times with a 2009 J'onn/Zook piece and a 2011 J'onn/Hulk sketch card. Hembeck struck again in the March 2004 dated Comic Book Artist #3, which featured a tiny Martian Manhunter on the cover amidst a sea of characters associated with feature interview Darwyn Cooke. As I search far and wide for material related to the Sleuth from Outer Space's 60th and earlier anniversaries, it stings a bit that Hembeck's strip offered a surprisingly detailed overview of J'onn's early career a mere year & a half before his semicentennial, which presumably everybody forgot about. Speaking of forgetting, it's clear that Hembeck was writing the overview from memory, as he confused the strip's Captain Harding for the Groucho Marx character Captain Spaulding. Diane Meade is mentioned only by her first name, while Mr. V is called "The Faceless One." Still, it's the thought that counts, and this makes for a digestible history lesson for the uninitiated.
Posted by Diabolu Frank at 12:03 AM