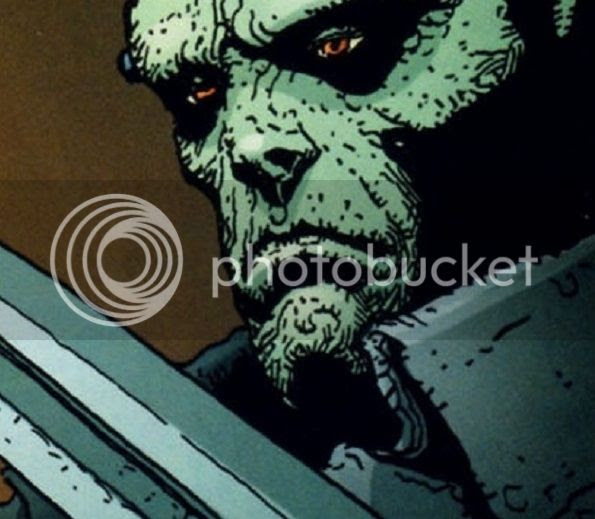 As found at Universe B: The Unpublished Grant Morrison, the acclaimed JLA writer at one point around 2004 discussed with editor Dan Raspler how he would approach a return to the Justice League. The idea was to reverse the "Magnificent Seven" paradigm that he'd used to restore the franchise in favor of a more classic Avengers formula of a team staffed with the most also of also-rans that couldn't support their own solo projects, but could be intriguing in a team book. The heroes would have been extremely minor to allow for the greatest latitude for revisions, including the likes of The Enchantress, Alias The Spider, and Etrigan the Demon, used as approximate parallels to Avengers like Scarlet Witch, Hawkeye, the Hulk, etc. Less clear on the analogue front was the one JLA founder to transition to the z-team, the Martian Manhunter, now with heavier emphasis on reflecting the "Manhunter" along the lines of Archie Goodwin and Walt Simonson's revision of Paul Kirk. "Morrison envisioned the character in a more brutal, alien form... much of the story written around the character was set on a ruined Mars and this was retained when Morrison re-worked the title as Frankenstein." As mentioned, "JL8" evolved into the cycle of Seven Soldiers of Victory mini-series released in 2005. I've often bemoaned the lack of a Morrison Martian Manhunter book, but this... would not have been what I had in mind.
Posted by Diabolu Frank at 1:08 AM

I always thought the parts on Mars were an odd choice in Frankenstein. Now I know!