The Story of the Human Flame 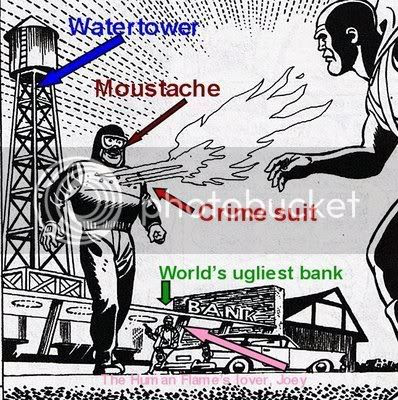 I'd originally intended to append this selection of links to yesterday's post, to meaten it up. However, Scipio seemed to put more effort into his weeklong examination of the Human Flame's first appeatrance than any actual Martian Manhunter scripter since Gerard Jones. In fact, Scipio's synopsis, science, and humor are vastly superior to any of the Silver Age comics that inspire him to employ those assets at his blog, The Absorbascon. This is very funny stuff, and then he goes and turns in seemingly serious pseudo-thesis on the literary merits and subtextual concerns of the work. You'd need powers of levitation to hurdle the mound of bull he slopped, but it was convincing by sheer force of skill.