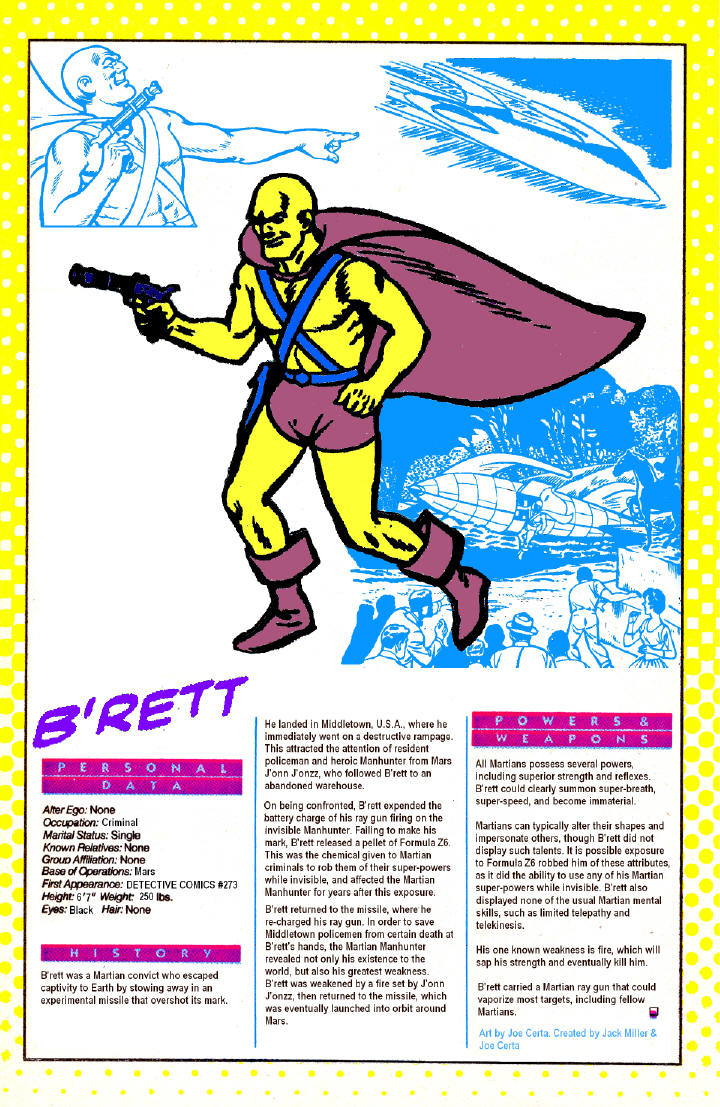 History: B'rett was a Martian convict who escaped captivity to Earth by stowing away in an experimental missile that overshot its mark. He landed in Middletown, U.S.A., where he immediately went on a destructive rampage. This attracted the attention of resident policeman and heroic Manhunter from Mars J'onn J'onzz, who followed B'rett to an abandoned warehouse. On being confronted, B'rett expended the battery charge of his ray gun firing on the invisible Manhunter. Failing to make his mark, B'rett released a pellet of Formula Z6. This was the chemical given to Martian criminals to rob them of their super-powers while invisible, and effected the Martian Manhunter for years after this exposure.

B'rett returned to the missile, where he re-charged his ray gun. In order to save Middletown policemen from certain death at B'rett's hands, the Martian Manhunter revealed not only his existence to the world, but also his greatest weakness. B'rett was weakened by a fire set by J'onn J'onzz, then returned to the missile, which was eventually launched into orbit around Mars. 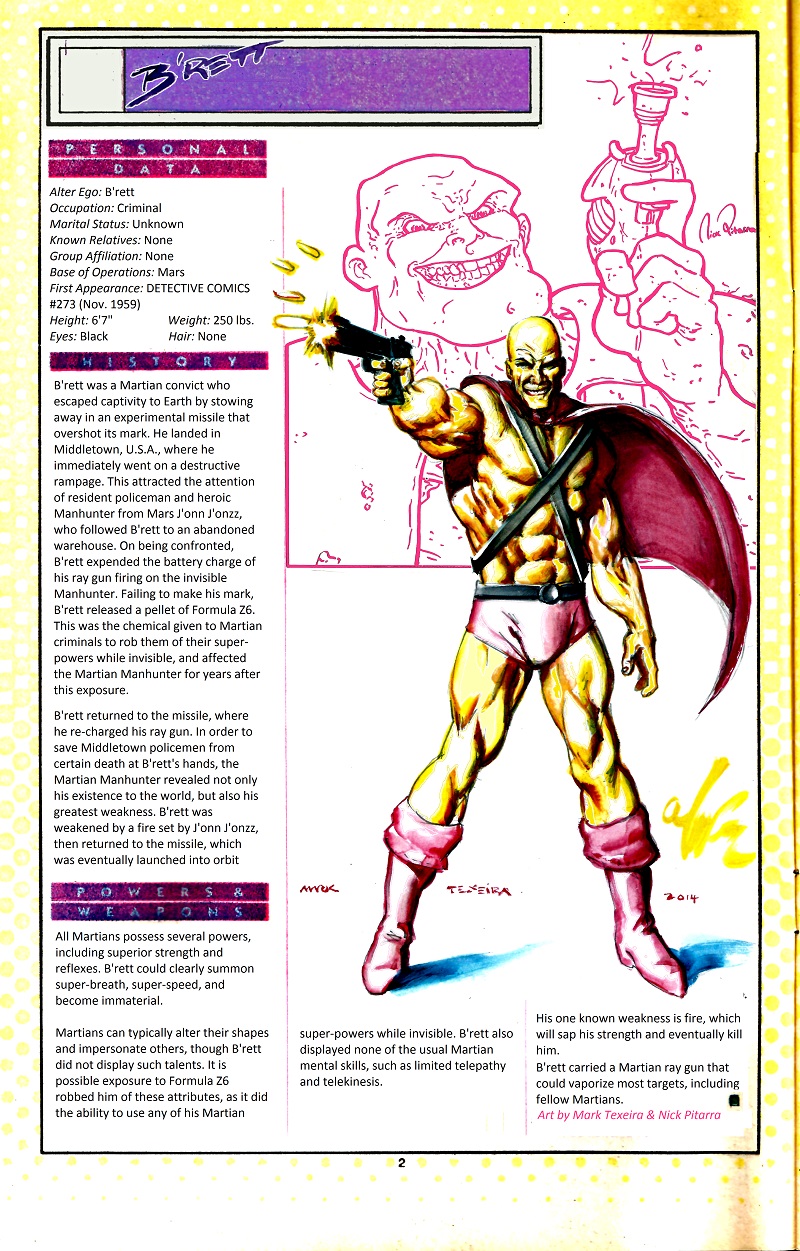 Martians can typically alter their shapes and impersonate others, though B'rett did not display such talents. It is possible exposure to Formula Z6 robbed him of these attributes, as it did the ability to use any of his Martian super-powers while invisible. B'rett also displayed none of the usual Martian mental skills, such as limited telepathy and telekinesis.

His one known weakness is fire, which will sap his strength and eventually kill him.

B'rett carried a Martian ray gun that could vaporize most targets, including fellow Martians.

Quote: "This weapon says you're wrong! With you out of the way, I'll be the master of the Earth!