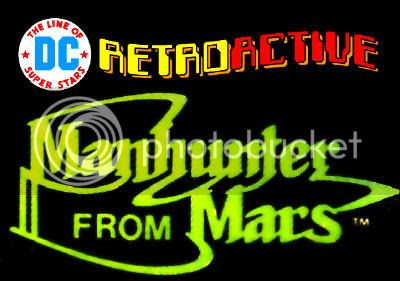 From the DC Universe: The Source blog...

Last week, we announced RETROACTIVE. Today, we’ll take a trip back to the 70’s and tell you a little more about each title.

This past weekend at London's Kapow! Comic Con, DC Comics VP of Sales Bob Wayne announced the latest creative team for the RETRO-ACTIVE event, legendary writer Dennis O’Neil and veteran artist Michael Netzer on The 70s MARTIAN MANHUNTER. Published throughout July and August 2011, these are exactly the kinds of one-shots people often associate with summer. RETRO-ACTIVE reunites classic writers and artists with classic characters Batman, Superman, Wonder Woman, Green Lantern, The Flash, Justice League of America, and of course the Manhunter from Mars, returning to the interpretations they are best known for. Each of these series will have 3 one-shots that pay homage respectively to the ‘70s, ‘80s, and ‘90s.

Dennis O’Neil was also on the panel, and joked, "I don't really remember writing all those J'onn J'onzz stories, so for me, it'll be like my first time!" He continued, "You have to understand that back then, the Martian Manhunter wasn't as significant a character as he is today. When I took over JUSTICE LEAGUE OF AMERICA, Gardner Fox had already written him out of the book. My editor was Julie Schwartz, and he asked me to give the character a better send-off, since his feature had been dropped from whatever series it ran in, and readers were writing in to Julie to find out what had become of him. I thought stories set on Mars after we knew there was nothing there were silly, so I burned everybody out and sent J'onzz packing to find whoever was left. I figured that would be the end of it, but Julie had me do another one a few years later, and then I got roped in again a few years after that!"

O’Neil was complimentary of the writers who followed him. "I think the stuff they did later on was great! I didn't know what to do with the guy, and at the time, nobody else did, either. It was hard to treat him seriously. I think it was Steve Englehart who first grounded John Jones in the 1950s, in all that McCarthy paranoia, and other writers really ran with that. They brought a detective novel sensibility to the superhero, and made it work. I'd like to try that with this special, but instead of doing the same thing people have seen before, I think I've come up with a nice little twist to it. I want to take John Jones and write a script where he's a 1970s style detective. Something like Serpico or the French Connection, where you keep the grit and suspense without the trench coats and fedoras."

Joining O'Neil will be one of the great Martian Manhunter artists of the era, Michael Netzer. The artist previously wrote of his credentials on the Manhunter from Mars serial in ADVENTURE COMICS, "Over the years, and especially on comics related web sites and forums, there has been a notable fondness expressed for this series, which included that memorable logo I designed, and was later used repeatedly in various Martian Manhunter appearances. It was often said that it was this depiction of J'Onn J'Onzz which revived him in the DC Universe, and brought back his pronounced brow that became, and remains, his visual trademark to date. Almost whenever the Martian Manhunter is cited by comics fans and aficionados, that series is remembered by J'Onn J'Onzz' lovers from all eras, and spanning the spectrum of comics fandom."

All the 70’s titles will hit stands in late July. Each title in the series will feature 26 new story pages with 20 pages of classic stories, running at $4.99 a piece. Keep checking back to THE SOURCE as we reveal full creative teams, artwork, and more details about RETRO-ACTIVE in the coming weeks and months.

DC RETROACTIVE: MARTIAN MANHUNTER – THE ‘70s #1
Artist Michael Netzer and writer Dennis O’Neil return to the character of J'onn J'onzz in the heart of the ‘70s, a decade that transitioned him from a campy Sleuth from Outer Space into today’s Manhunter from Mars.
ONE-SHOT • On sale JULY 27 • 56 pg, FC, $4.99 US • RATED T 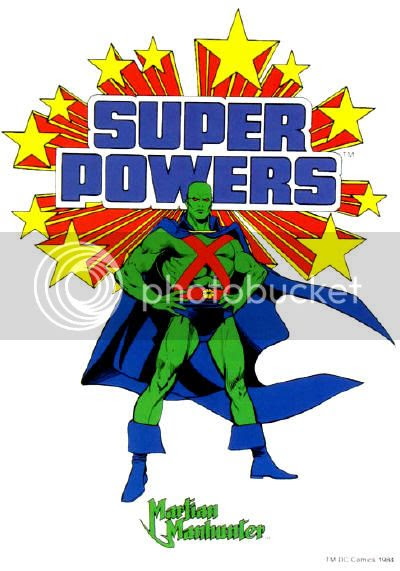 Please note that this art is style guide art and is not artwork from the actual issue.


Remember folks, April holidays can last longer than you might think...
Posted by Diabolu Frank at 12:00 AM

Wish this was real.

I thought this was REAL. HOLY CRAP, FRANK. Especially the French Connection bit, which made me really excited. And I was going to make a comment about the no fedoras. And how even though I'm a Silver Age devotee, I don't mind a 70's detective style bent.

I had to check The Source just to make sure Frank was really pulling another fast one. :) It really would be fun to revisit it... and what a excellently put-together item.

I remain excited about this initiative, but it took a fair amount of the wind out of my sails once I realized DC was not going retro with their artists. I want my Netzer, at least on a Wonder Woman!