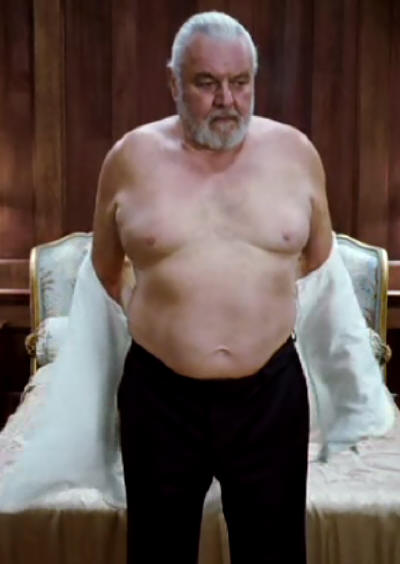 And you wanna be my Manhunter from Mars? Mister V, maybe. In 2007, Warner Brothers were hot to produce a Justice League movie. There was a screenplay by Kieran and Michele Mulroney (Sherlock Holmes: A Game of Shadows; Paper Man) and director George Miller (the Mad Max film series, The Witches of Eastwick) was attached before the end of the year. At one point, motion capture technology was considered for the pricey prospect of a feature film involving so many powerful metahumans, but ultimately it was decided to stick with traditional live action at a budget of $220,000,000. The movie went into pre-production around the time the Writers Guild of America went on strike, and was halted when changes to the tax breaks once offered by production host country Australia would have shot the film's price tag much higher than expected. Despite the involvement of Weta in pre-production, fans seemed to vocally turn on the project, based on discomfort with the director, unofficially leaked casting selections and a general sense of the project being a rushed, mercenary venture. The planned Summer 2009 release date was quietly scrapped indefinitely, as revealed by occasional slips in the media by involved parties. My understanding of the plot was that it was much like the popular storyline "Tower of Babel," which also served very loosely as the basis for the direct-to-DVD animated film Justice League: Doom. This time, Maxwell Lord (Jay Baruchel) and Talia al Ghul (Teresa Palmer) would have been the ones who stole Batman's digital cataloging of his teammates' weaknesses, from a secret satellite shades of Brother Eye. If the poster blurb didn't include the words "Lord Knows," what a waste that would have been. Lord would then send nanobots to exploit these weaknesses. So I guess this would have been something of a mash-up with The OMAC Project? There were conflicting reports of the tone of the movie, with some saying the concept art and script lent itself to a grimly violent epic, while others dismissed it as fluffy family fare. Off the record, it was reported that D.J. Cotrona (Flint in the delayed G.I. Joe: Retaliation) was to play Superman, Armie Hammer (The Social Network, the upcoming titular Lone Ranger,) was Batman despite not having the name of an actual human being, Megan Gale was Wonder Woman despite her main career being modeling and bearing a rather anorexic IMDb page half a decade since being cast, Common ( Hell on Wheels; Wanted) was to be Green Lantern, Adam Brody (The O.C.) was the Flash, Santiago Cabrera (Heroes) was perhaps to appear (cameo?) as Aquaman and character actor Hugh Keays-Byrne was the Manhunter from Mars. Recognizing the validity of the Marvel Studios approach, Warner Brothers shifted gears from trying to spin multiple franchises out of one precarious JLA movie and instead use solo features to build toward Justice League. The previous Superman reboot and the lackluster returns on The Green Lantern didn't help this premise, and now it looks like the latest Superman relaunch will be the sole precursor to a team movie.
Posted by Diabolu Frank at 1:34 PM

I had hoped for the film, but somethings are not meant to be.

Now for a little news. Geoff Johns reveals a little more about the New Justice League of America and J'Onn J'Onzz here -- http://www.comicbookresources.com/?page=article&id=43313

Some very interesting reveals -- including that J'Onn and the League battled Starro.