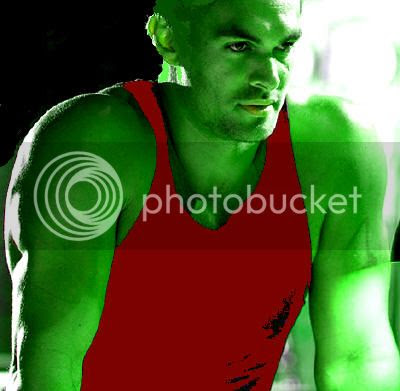 It's a great tribute to the lasting impression made by the Magnificent Seven JLA that Martian Manhunter is even brought up when film casting rumors start circulating. J'Onn J'Onzz hasn't been a member of the core Justice League team in seven years, and his position as a founding member no longer stands in the New 52. Regardless, when The Hollywood Reporter caught wind that Jason Momoa was in negotiations to appear in the sequel to Man of Steel, they assumed it was for the role of either Doomsday or the Alien Atlas. Unofficially referred to as Batman vs. Superman, Gal Gadot has already been cast as Wonder Woman alongside Henry Cavill and Ben Affleck's World's Finest Duo, and there's some question as to whether this is essentially a back door League movie. At a beefy 6'4", it would be neat to see Jason Momoa look down on the Last Son of Krypton on celluloid, but I have trouble seeing him as a Sleuth from Outer Space. I was a fan of Momoa as the savages Khal Drogo and Conan, but you'd figure Doomsday would be pure CGI, so why waste that physique on motion capture and voice acting? Momoa seemed like a good fit for the green-skinned warrior Drax in Guardians of the Galaxy, though that role went to Dave Bautista. Maybe that's where director Zack Snyder was given the idea to try Momoa as a Martian. As much as I like the actor, I have trouble seeing him fit the personality, which I find more essential than how he looks in body paint. He'd be a winning Hawkman, though.
Posted by Diabolu Frank at 7:10 AM

I agree this would suggest a pull towards the more aggressive versions of the character. If true, the casting would at least preclude a foppish weakening of a cerebral but strong character, as happened to Abe Sapien in the Heckboy movies.

I also couldn't see him as "John Jones" with any of the gravitas needed for the role.

Someone on Hollywood Reporter mentioned "Lobo." Wouldn't that be a hoot.

Can't see him as J'onn. Though he could play Lobo or Vandal Savage.

I had not heard Momoa as the Martian Manhunter, but if DAVE F'N BATISTA (as he was often known while stinking up WWE Smackdown rings across the world) can play Drax, then why not? Assuming the role would be a small one, all he'd have to do is stand tall and look regal (and green), so it could work. I think we can all safely agree that Manhunter will not be considered for a spin off movie, so without having the burden of being the leading man, Momoa would be fine in the role in a proper JLA film. Say some lines with a really deep voice, fight in the big fight and get taken out, then come back for the end. I can see it.

I'm perfectly fine with wrestler Dave Bautista playing Drax, the thug in an ensemble. If it makes you feel better, this happened because Marvel was only offering $250,000 for the role, so when Momoa asked for twice that, they moved down their list.

We needed Wonder Woman to get in the movies. Martian Manhunter? I'm not sure I'd jump at crumbs. I haven't asked Hawkeye fans how that feels. One assumes that if Warners is after Momoa for Martian Manhunter, the character would be more Boba Fett than Greedo. Besides, isn't live action Superman his own jobber?