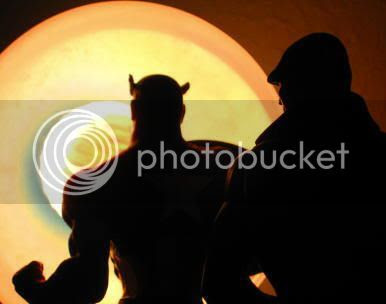 ... say hi to Steve Rogers for us in the afterlife, if he's still there himself. We all know we'll be seeing you both again, likely sooner than later.

Welcome to everyone visiting the Idol-Head of Diabolu Martian Manhunter Memorial Blog. A bit of a mouthful, but again, it's only temporary. Things will be a bit different around here for the next several weeks, so I thought I'd address the upcoming changes today.

In honor of J'Onn J'Onzz's memory, we'll be spotlighting only the best of his stories for most of June. I'll be avoiding books that are tied to specific continuity, so for instance, no sign of the first Martian Manhunter mini-series and related spotlight tales. The synopsis for Justice League International issues will be starting here in the next few months, and I don't want to pull an important story out of context like that. The same goes for the entirety of Christopher Priest's run on Justice League Task Force, excellent stories that contributed greatly to Manhunter's later characterization in JLA, and added to his circle of friends and foes. However, they're also part of a fairly dense tapestry that doesn't really allow for a patch to be ripped out. Extended arcs like "JLA Year One" and most of the Martian Manhunter solo series are also set aside for space considerations.

Another high water mark was "The End of the Justice League of America," which should be part of our ongoing "Justice League Detroit" coverage. Again though, we're a whole story arc separated from that at present, plus "Legends" would factor in heavily, so that's out. That also means there will be no "Detroit" coverage here for a number of weeks. Fans can instead check our "Justice League Detroit: The Blog" for weekly updates in the meantime. As of today, you can read about Steel: The Indestructible Man #1.

Tomorrow, we'll have our memorial service, allowing fellow heroes the chance to offer their remembrance of J'Onn J'Onzz. Starting Sunday will be a series of posts on what I feel is the best Martian Manhunter story ever written, and we'll close the week with another personal favorite. Hope it eases the pain until the next crossover, which promises the return of Jor-El for a team-up with Ben Parker...

SPOILER -DO NOT CLICK - SPOILER
Posted by Diabolu Frank at 12:00 AM

It's going to be a sad week for all J'onn J'onzz fans. Thank you for offering all of us a place to mourn the passing of one of DC's greatest characters.

With J'onn's death, I'm really tempted to give up comics.

There are plenty of good comics left to read, infinity. Just fewer and fewer being published by DC Comics. They'll learn the hard way, like Marvel in the 90's. DC's success comes from embracing their history and nurturing their properties, not slash and burn crossover antics.

Luckily, blogger's image hosting is blocked at work, so I can't look at your spoiler even if I wanted to. Nyah!

Anyway, I guess we knew it was coming. What's that old saying about writing? Tell your audience what you are going to say, say it, then tell them what you said? Oh well.

The killing of Martian Manhunter is a blasphemy and an abortion. As far as I am concerned, DC is now out of business. It's only a matter of time until Superman rapes Wonder Woman, then cuts off her head and eats it. DC = Disgusting Comics.

Luke, the death takes place "off panel," so only the wind-up is picture. Lots of names to add to the Vile Menagerie, it seems.

If that talk horrifies you, I suggest you stay far away from Final Crisis. It's really a VILE Crisis, and fans are universally rejecting it.

I felt "Infinite Crisis" was going to make or break my DC reading. Mostly broke, but a few titles hung on to my reading list. Going into "Final Crisis," my only regular series is "Legion of Super-Heroes," which I'll probably drop when Shooter leaves. I've got the first several issues of "Final" on order, and if I finish it out, it's only accompanyment will likely be "Ambush Bug: Year Zero." My expectations are not high, but after all these years as a DC reader, I want a series I can point to as the final straw. All in all, I should have waited for the trade, though...

Thats it, I'm done. I will not be buying any more DC. J'onn was one of the few worthy and interesting characters left. Smart, good history, interesting personality.

And they wonder why they have so much trouble getting women to buy comics.

Yeppers. I was a DC pusher for years, then an appologist, and now I just don't care anymore.