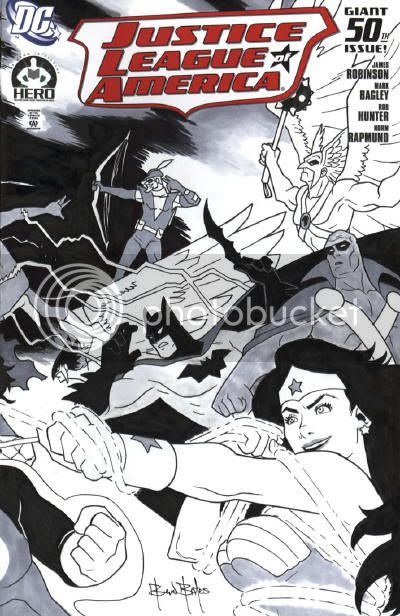 This is a swollen, inclusive piece made all the more boss by having a Tiny Titan leading the charge. There's the Atom, Black Canary, Etrigan, Superman, the Flash, Zatanna, Hawkgirl, Batman, Green Lantern, Green Arrow, Hawkman, Martian Manhunter, and the largest figure rocking a Lasso of Truth, Wonder Woman. These sorts of pieces tend to be telling, because the dude had to go pretty far out of his way to ditch Aquaman. The Demon yes, but screw you Sea King!

Special thanks to Firestorm Fan for the notice!
Posted by Diabolu Frank at 4:18 AM