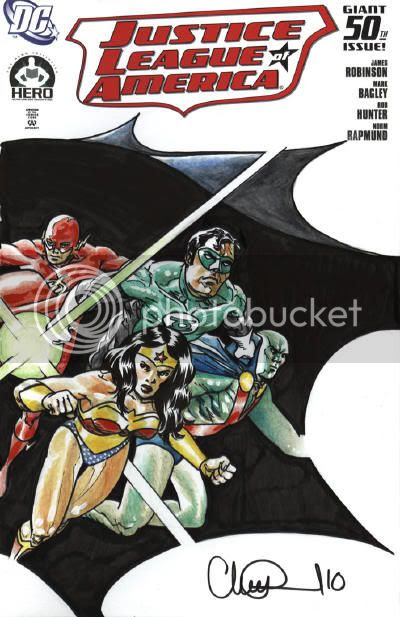 It really isn't a surprise that Adlard is enough of a Batman guy to place the rest of the team under his wing, but it is a nice surprise to see his JLA all in full figure and looking solid in full color. I'm so, so glad Adlard didn't do any hacky Zombie JLA crap like one might expect from Arthur Suydam or Sean Phillips (or not...)