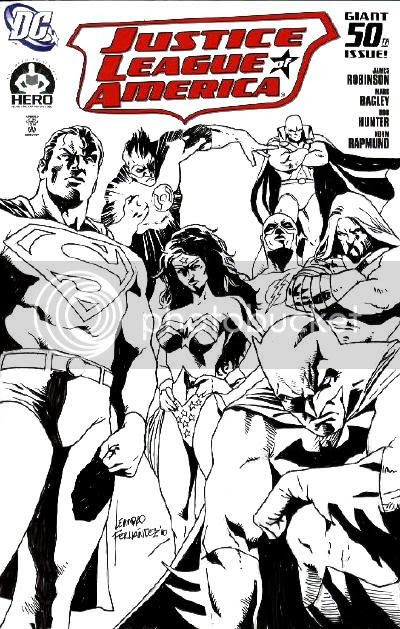 Heh-hey! Morrison era Magnificent Seven JLA! Well, that may be a funky Green Lantern Hal Jordan rather than Kyle Rayner, though not definitely. Boy, do they all look pissy. You'd think they were all hook-handed like Aquaman.

Special thanks to Firestorm Fan for the notice!
Posted by Diabolu Frank at 4:31 AM

Or that they got replaced by Meltzer JLA and ultimately silver age according to Johns JLA.

Well, Johns vindicated six of the seven as being relevant to the $$$ equation, especially thanks to Aquaman mattering now. J'Onn is clearly not a deal breaker.