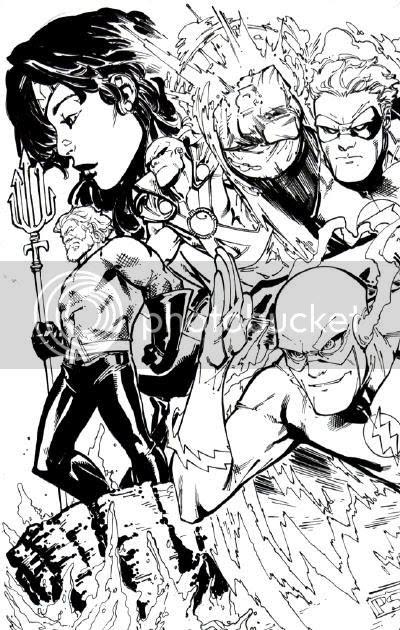 Patrick Scherberger is one of the most notable artists to flash up Marvel Comics' all-ages superhero titles, which might explain his anachronistic JLA. Superman, Batman, the Barry Flash, and Wonder Woman (that we can see of her) are on model, but then Hal Jordan shows up in his rookie Green Lantern costume. There's an otherwise classic Aquaman with a bushy beard, and then Brightest Day Martian Manhunter. It's anarchy, but forgivable because it looks so nice.