March Madness: All Divisions: Final Round 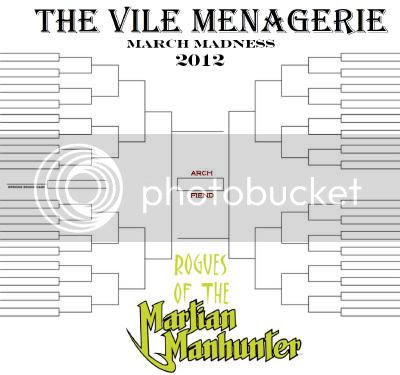 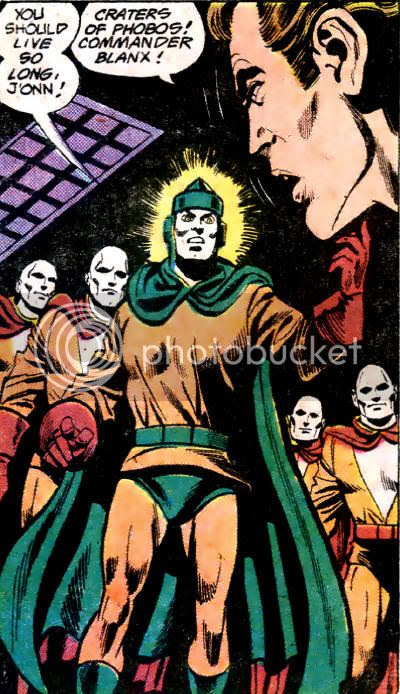 Ma'alefa'ak was absolutely ruthless, attacking from all directions. His body shapeshifted into blades and blunts. His eyes burned with Laser Vision. Parts turned immaterial, then solidified, rending muscle and cracking bone. The Martian Manhunter would have never fought in this manner, without hesitation, even relishing the violence inflicted. Still, "Malefic" lacked the full range of J'Onzz's powers, which have never proven a match to the Kalanorian since his rebirth in the Flame of Py'tar.

The Devil Men of Pluto had a fine run. They always do. They're unrepentantly evil, uncompromising even when individual members are threatened, and unwaveringly intent on their goal. Of course, so was their opposition, who had ravaged his own home world purely for personal gain. The Martian overpowered and outclassed them completely, beating and robbing them in barely any time at all. 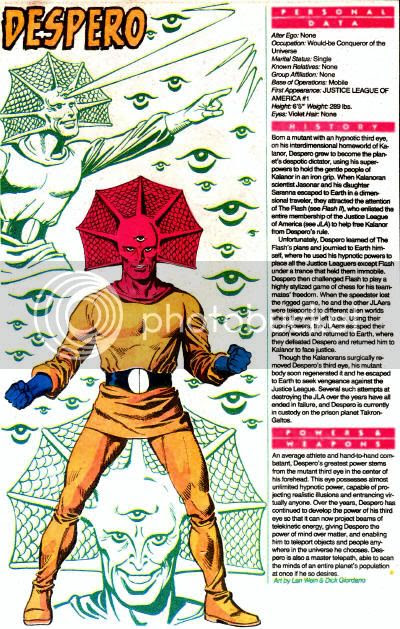 Commander Blanx had the teleportation sphere and a devious plan. He transported himself and one other back to the Iron City... at least, in part. Despero's genetic make-up had been programmed into the sphere, but in his original form from earlier in his career. The Kalanorian was still a force to be reckoned with, and the Martian had even more limitations on his powers than the fallen brother of their mutual nemesis, J'onn J'onzz. Who will be the ultimate victor?

Final Round
Despero vs. Commander Blanx
Posted by Diabolu Frank at 2:10 AM

Alas, I put all my 'money' on Mongul. Much like the NCAA, my bracket was busted.

I do have a dog in this final fight. Go Despero!

So it's silver age Despero vs Blanx? Still bettin' on pink.

This is a hard decision, as both Commander Blanx and Despero are great villains. I knew that Malefic and Despero would be a rough contest, but Despero was often a threat to the entire Justice League. Malefic has been less of a threat. So, short of having his army on hand, I think that the edge goes to Despero.

Mind you, I think that both Commander Blanx and Malefic have done one thing that Despero wanted to do -- destroy everything that J'Onn J'Onnzz loved. So, I imagine that J'Onn opposes all three equally but may have a greater dislike for his two main Martian foes as they destroyed his world. (Perhaps the rebooted continuity can give both villains credit.) Hmm, Despero might be a bit jealous of Blanx and Malefic in that they have hurt J'Onn more.

Mongul? Anj, that was a sucker's bet, based on last year's results!

I wanted to try original Despero because of the costume color similarities and Bronze Age leanings of both images. Also, I wanted Blanx to have a fighting chance, but yeah, he's doomed.

I still can't believe Malefic loss, this of all years...