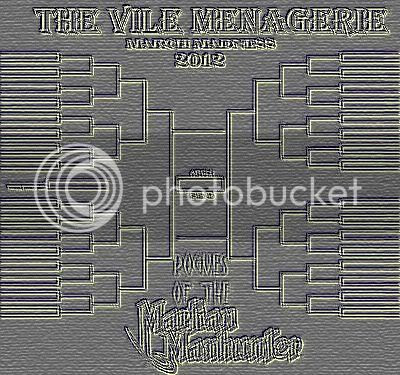 The wars were nearly over in the Iron City. Its "boss," Mister V, had already been defeated. Professor Hugo had managed to capture Bette Noir's psychic self, but when he had the idea to weaponize this entity (as Dr. Trap had done once before,) it backfired on him. Bette latched onto Vandal Savage, whose centuries of immorality outstripped any horrors that she had ever known. The telepathic backlash impacted on Hugo's big brain, and all fell down.

Mr. Moth was either skilled or blessed enough for his shot to ricochet off the side of the tank, then graze the invisible flesh on Mister Bones' noggin. When Bones slumped back through the port, his own gun misfired, triggering a blast from the tank. Striking a support for the overpass, the aging structure collapsed into the subway station underneath. This result was likely related to the vibrations of the Invaders from the Space Warp, once their rifles proved ineffective against the robot sentry.

As debris rained down, Professor Ivo decided it best to escape to a more stable environ. He was not aware that he had taken on an extra passenger on a ride with the teleportation sphere... 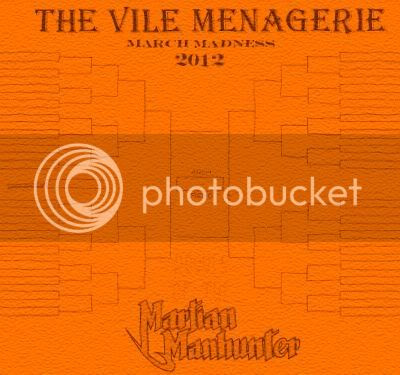 The Human Squirrel wasn't sniffing around for Dr. Light's corpse. In all the excitement, Ben Stoves had missed being hot as an oven when his costume caught fire, and the stink had reached past his own body odor. Bel taking pot shots was just one more worry, but an immediate one. The Squirrel leapt at Bel and rapidly drove his flaming furry fists into her face. Having walloped the Jezebel with her weakness, Ben stopped, dropped and rolled. The fire out, and nearly exhausted, Ben sighed when he spied electricity swirling a few hundred yards away. After a brief detour, the teleporting Professor Anthony Ivo had found purchase upon the sand of the Bronze Desert...

L'lex Xanadar wasn't one to ask questions, shooting first before the wizard Diabolu could unleash any more horrors from his idol-head. The Devil Men of Pluto ventured onward and upward, emerging from the cave network up on the rain shadow. There they found Professor Amos Fortune, flat on his back. Mr. Moth was not his foe, but he'd failed to escape this particular hot spot when Ivo had continued without his stowaway. Now, he was caught between the devils and the deep barbed slope into the Silver Sauna, dividing the regions...

Iron & Bronze Desert: Round Four
The Devil Men of Pluto vs. Mister Moth
The Human Squirrel vs. Professor Anthony Ivo
Posted by Diabolu Frank at 2:55 AM