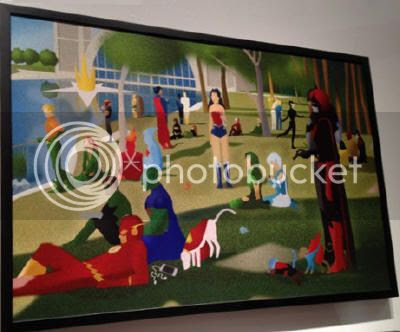 This is a very interesting take on a classic painting.