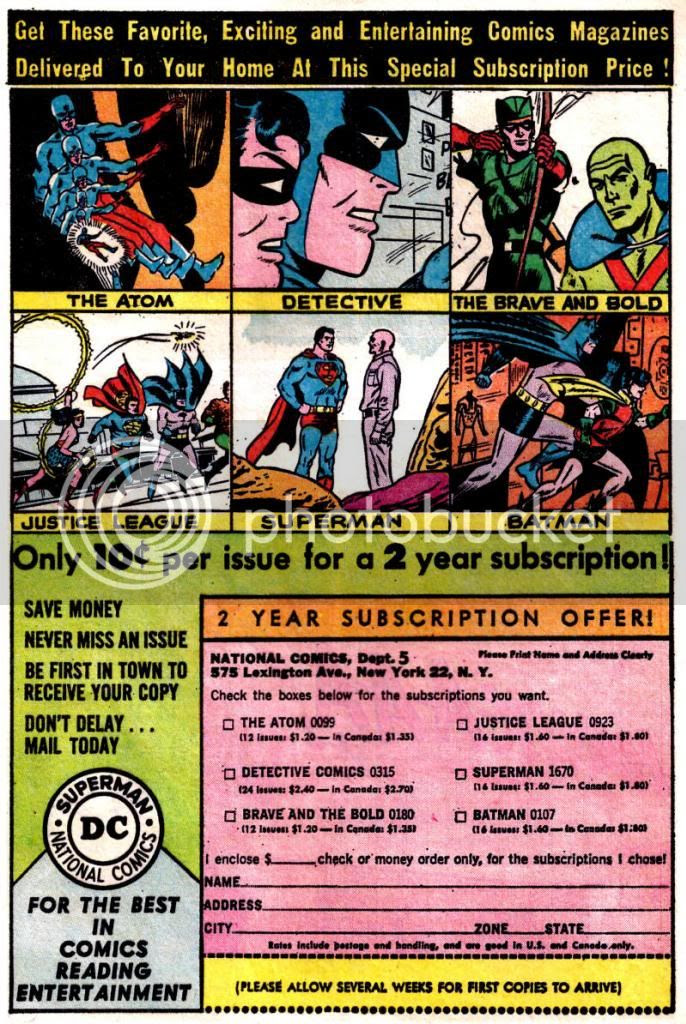 Here's one I've been sitting on for years. Just a few months before the end of Schiff lengthy run as Batman editor, here's an ad for the two books still modeled after Bob Kane. Next, the shift in The Brave and the Bold to a team-up anthology allows debut heroes Green Arrow and the Manhunter from Mars visibility ahead of J'onn J'onzz moving to The House of Mystery. Superman gets some play, but I get more of a kick from the Atom and the Justice League. I love the hodgepodge of Silver Age art styles and new/repurposed illustrations! My scan came from Detective Comics #322.
Posted by Diabolu Frank at 2:55 AM