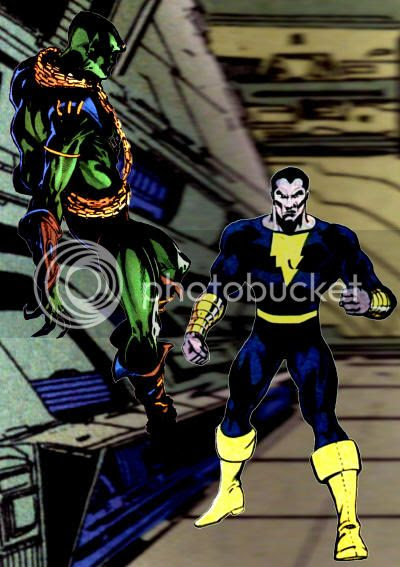 Bio: Ma'alefa'ak is the evil twin brother of J'Onn J'Onzz, established from birth by his own mother as the darkness to the Martian Manhunter's light. Ma'alefa'ak molested and killed much of his extended family, including being credited with unleashing a plague that wiped out most of the inhabitants of Mars. 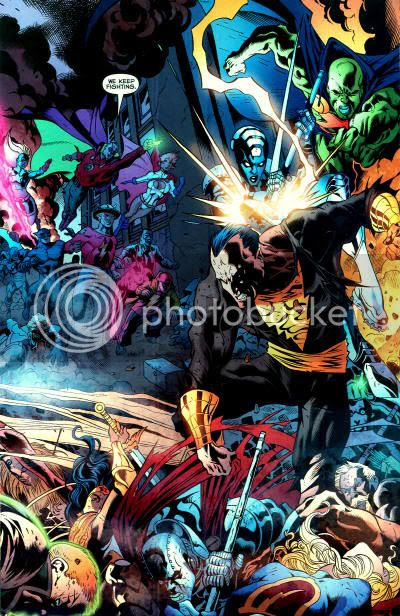 Bio: Teth-Adam was a champion empowered by the wizard Shazam in ancient Egypt. Corrupted by his power, Black Adam was banished to a distant star, and spent thousands of years flying back to Earth. Once there, he battled the Marvel Family, and eventually, much of the rest of the DC Universe. He nearly eradicated all human, animal and insect life in the country of Bialya. 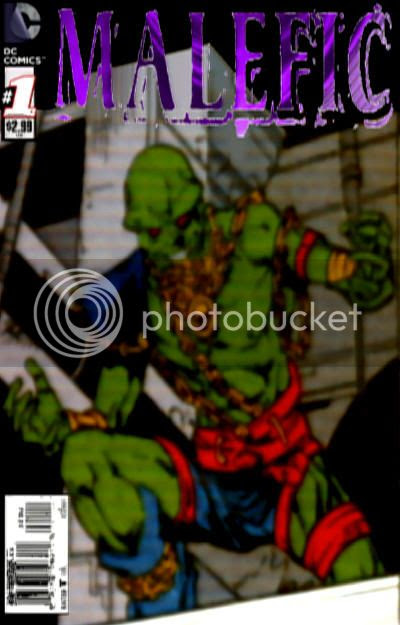 Idol Speculation:
This is one of the nastiest and mightiest pairings that could be put together. Ma'alefa'ak hasn't displayed powers comparable to the upper limits of Black Adam, but he's also never been Geoff Johns' pet villain given carte blanche during an event. Like Captain Marvel, Teth-Adam's power levels have never been consistent, which explains how he could be a piker from when DC started licensing him in the the '70s to his reintroduction as a wholly-owned character Post-Crisis and his being the Marvel Family whipping boy throughout the '90s. A few times a decade, Superman would throw Black Adam a charity beating just to keep him in the public eye. He's no sacred cow, and he's hardly unbeatable.

Meanwhile, Ma'alefa'ak is J'Onn J'Onzz's evil twin brother. If he still has his psychic barriers in place, he has all of the Martian Manhunter's physical powers and none of his major weaknesses. If he's got his full telepathy, Malefic will not hesitate to mentally brutalize Black Adam, and that "feel the pain of the world" crap that sent J'Onn off the deep end during 52 wouldn't bother a homicidal maniac like Ma'al. Invisible, intangible, incognito via shape-shifting: Malefic has every first strike advantage without any hesitation or remorse in using them. Teth-Adam has sunk to new lows in the New 52 by murdering his own nephew to claim the power of Shazam, but Ma'alefa'ak scoffs at mere child killing when he telepathically raped his sister-in-law, destroyed his mother's mind, orchestrated his father's death, and then loosed a plague that wiped out most of Mars, including his own child niece.

Black Adam goes hard, but he still has a twisted sense of nobility. Anything he would do, Malefic would do harder, faster, gleefully with maximum suffering. Ma'alefa'ak hasn't made nearly as many appearances as Black Adam, but he's served quality each time, assailing whole JLA teams. Make no mistake, win or lose, no one walks away from this in one piece...

Posted by Diabolu Frank at 2:14 AM

Ma'alefa'ak, assuming that his abilities are equal to J'Onn, would attack Teth Adam without holding anything back. Add to the fact that J'Onn's evil brother is capable of detailed plans, and I think that it would begin with Malefic destroying anything that Teth Adam valued, making him miserable and weakening him before going for the kill.

Malefic represents a greater degree of evil than Teth Adam, who is pretty much a petty tyrant. Malefic is a nihilist who, although he would be hit hard by his foe, would likely stand over Teth Adam's body. (Don't make me speculate on what Ma'alefa'ak would do to the body. Somehow, I think even the Joker would use the terms insane and evil to describe Ma'alefa'ak. In one comic, the Joker gained most of the powers of Mister Mxypltzk and remade the world . Ma'alefa'ak )

Oops, sent the last one too soon.

Ma'alefa'ak chose to harm those closest too him, commit genocide against his own species, and live his own world a barren wasteland. If the Trickster was right in that villains when they want to scare themselves tell Joker stories, perhaps the Joker might reflect on Ma'alefa'ak when he desires to be frightened.