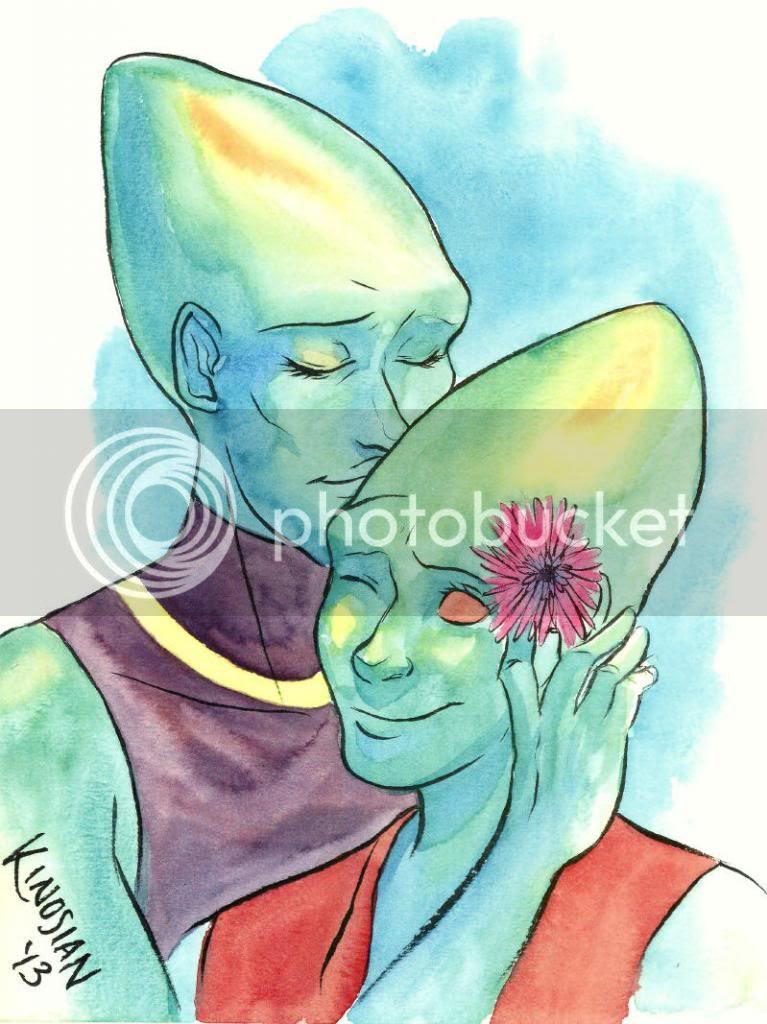 "I want to make a post about the greatness of Comicpalooza but I’m so exhausted and sore I can barely think or move. But wow Houstonites sure make me feel like a rock star. Meanwhile I’m getting ready for our road trip on Wednesday to Denver for DCC. HOBOY."

After picking up her Perkins Preston and Patty Marie Commission at last year's Comicpalooza, I saw that Jamie Kinosian was coming back a few months later for Space City Con. I thought about which other subject(s) would suit her gentle style, and realized that she would be the perfect artist for my first piece to feature J'Onn J'Onzz's dearly departed wife and daughter. In fact, it would have been such a great fit for the blog's fifth anniversary celebration, I kicked myself for not thinking of M'yri'ah & K'hymm first! Unfortunately, I never saw Kinosian at SCC, but I was 100% confident in approaching her at Comicpalooza this summer, a rarity this con season.

Once again, Kinosian produced a lovely watercolor work of art on sturdy textured 9" x 12" board. I've got to start carrying some with me to shows, because comic board gets warped all to heck under paint, but it holds up very well here. Appreciate the delicacy of Kinosian's line; the naturalistic quality and the clear affection between mother and daughter. These characters are so often portrayed under tragic circumstances, near the premature end of their lives, so it's heartwarming to see them happy in better, normal times. By the way, Kinosian was at SCC in August, but I only showed up on Sunday, and her commission list was fit to bursting. Between that at looking at this stack of unpainted art from Comicpalooza, I think it's about time she raises her rates!

Jamie Kinosian
Posted by Diabolu Frank at 12:00 AM