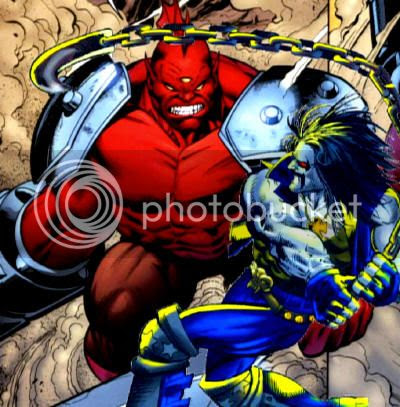 Bio:
Despero was the tyrannical ruler of the planet Kalanor until he was deposed by the Justice League, leading to numerous retaliatory campaigns by the despot. Despero eventually entered the Flame of Py'tar and was given a massively more powerful form, but was still thwarted by JLA members, most prominently J'Onn J'Onzz. 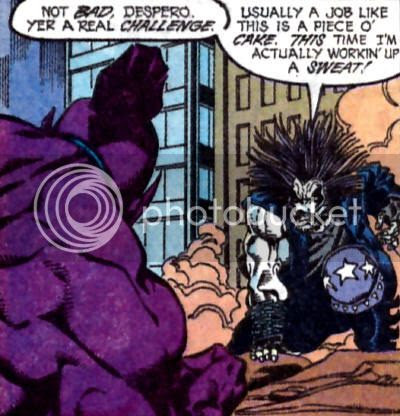 Other Major Foes: Captain Marvel, Guy Gardner, Hal Jordan, The Ice Man, Martian Manhunter, & Superman.
Appearances: 400+ original comics, including a solo series running over five years and countless mini-series/one-shots. Numerous appearances in animated projects, including an aborted solo cartoon that was converted into a web series. Appeared in a well known fan film and has had a feature film in development hell forever. Canceled solo video game, and a playable character in Injustice: Gods Among Us. Appeared in one novel and is well merchandised.

Bio: Lobo is the last living citizen of the planet Czarnia, with various accounts blaming him for killing every other member of his race. Lobo is a ruthless and massively formidable intergalactic bounty hunter who often runs afoul of super-heroes and other forces for order. 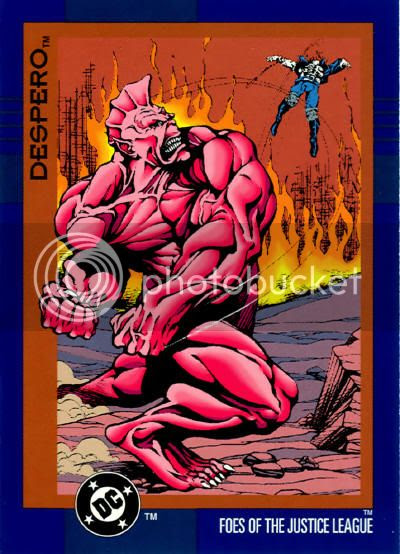 Idol Speculation:
Both of these characters are serious badasses who have dealt and taken serious damage from upper echelon super-beings. They've both jacked-up famous heroes, and they've both been humiliatingly jobbed by relative lame-os in their day. They've even fought each other in the comics in protracted combat with no decisive victor. Despero is fond of the telepathic coup de grâce, a form of attack Lobo has tended to shrug off. Both are insanely strong, savage, and can regenerated from the tiniest bit of remaining matter. Despero has had more humbling defeats and fewer victories, but he also didn't become a cottage industry like Lobo, whose success was based on grinding up one no-name alien meat sack after another.

In this case, I'd handicap based on scale. Lobo typically fights super-heroes one-on-one, getting rather nasty while the boy scouts continue to play fair, until the dispute is settled in some inconclusive manner. Despero takes on entire super-teams by himself, and we're talking top talent, who often have to compromise their principles or pull a deux ex machina out of their cape to stop a Despero rampage. Put simply, when Lobo fought Despero, in between punches the entire JLI continued softening the Kalanorian up while the Czarnian took "breathers" where Despero punched him clear out of the fighting arena. 'Nuff said?

Despero without a doubt.

Despero for the win. Lobo does not generally challenge teams of heroes, and his adventures make little sense in the earlier continuity. As things stand, I think that Despero would get a new space bike after he finishes off Lobo. (Next stop, the nearest star to incinerate anything left of the Last Czarnian.)