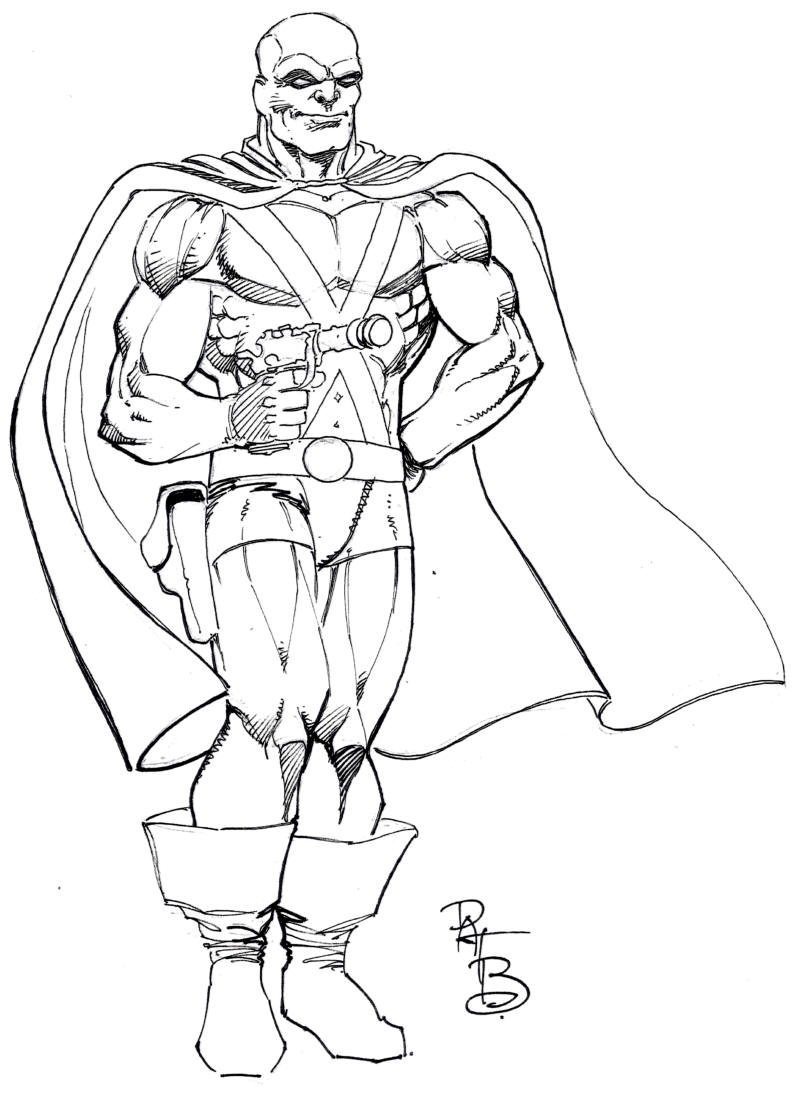 The final of three pieces I picked up from Pat Broderick, one of my favorite Bronze Age artists, was the villain responsible for exposing J'Onn J'Onzz to the world, B'rett. I've been saving my pieces of this guy for three years, hoping to make a week's worth, but my diminished number of commissions over the past two years put an end to such notions. Anyway, that might seem like excessive tribute to a character that only ever made one appearance fifty-eight years ago, who I've already got several pieces of, and two more to show before this week's up. However, I think B'rett is one of the most viable bad guys from the Manhunter's Silver Age rogues gallery to revive, so there's that. I also decided to try my hand at crudely coloring Broderick's work, and considered replacing it as the art for B'rett's sidebar icon, but ultimately decided to let the classic stand. For more from Broderick, check out his New 52 Martian Manhunter, The Marshal of the Soldiers of the Red Brotherhood, Facebook page and web site. 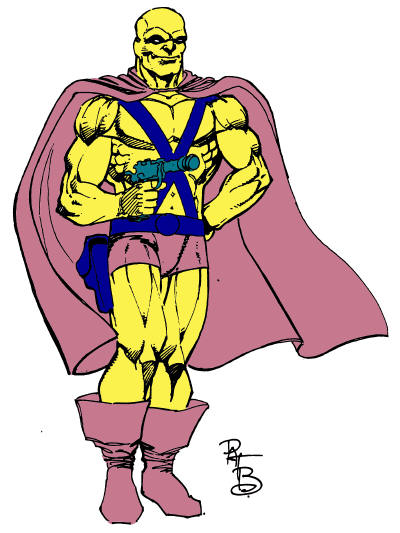