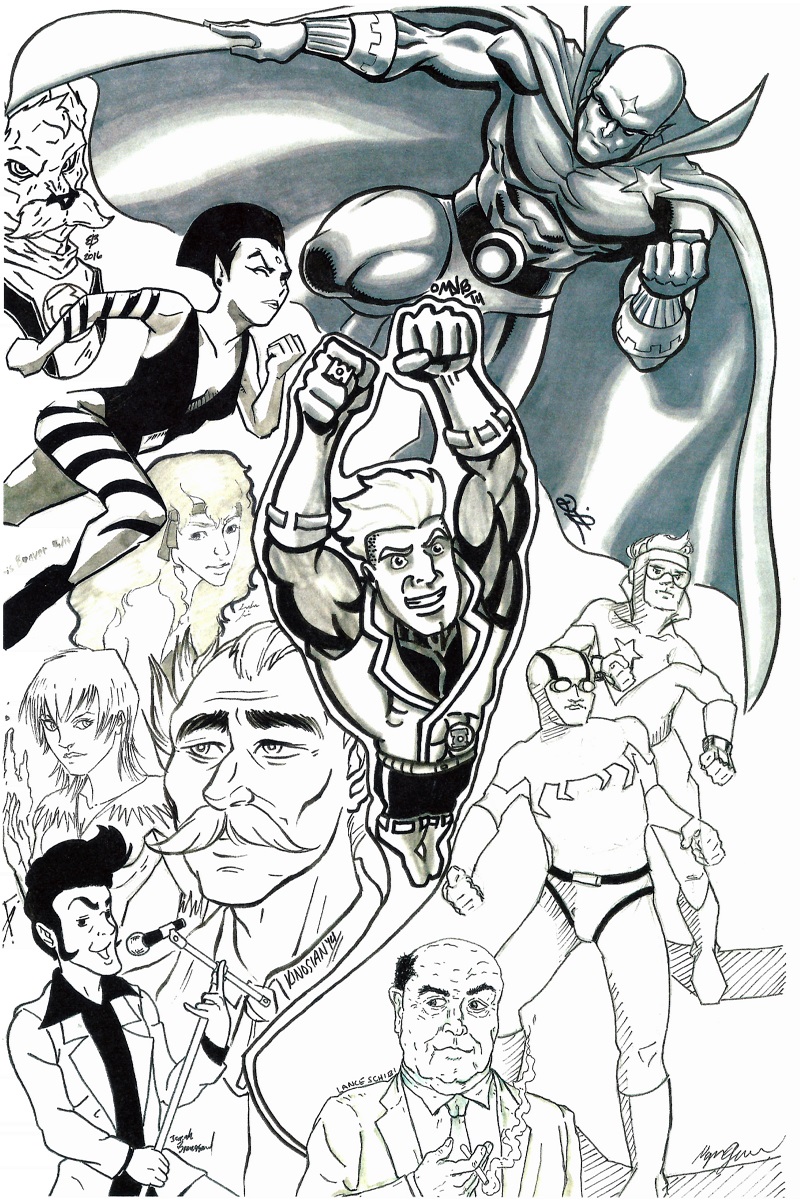 October of 2014 was my last month of daily posts, ending a run of eighty-six months total (or in normal people terms, seven years & two months.) I tried to do another month last year for the 60th birthday and came up six days short, so I'm pleased to accomplish the full thirty with this attempt, closing out roughly two years of celebrating the diamond anniversary to & from the actual date.

There's no kidding myself anymore, though. With that "61" officially stamped on J'Onn J'Onzz's lifetime card yesterday, I have done all I can do for that milestone. Plus, honestly, as much as I love the Martian Marvel, I'm really looking forward to shifting focus toward Wonder Woman's 75th year in action (which is apparently also a diamond jubilee, because everyone gives up after 60 years and figures diamonds are forever after.) I've done a lousy job on my Amazing Amazon podcasting and blogging, so I'd like to make up for that.

Don't think I'm forgetting the Alien Atlas though. I've completed a few of these jam pieces, and will continue to work on those I haven't in 2017. I have entire jams done that haven't seen the slightest reference here, and new standalone commissions as recent as earlier this month. Heck, I just now remembered that there's a well liked Bronze Age DC artist with my mailing address who should have something Martian flavored in to me in time for the holidays. I'm pretty sure there will be at least weekly posts in October, most likely completing another jam that's been teased here (although there's still a little space left, so maybe I can squeeze one more character in later?) Samhain should inspire some sort of special themed podcast here, and following shows should manifest roughly monthly-to-bimonthly for the following year. I'll only ever dial down the intensity of my efforts related to the character from time to time, but never shut them down entirely. I know my role.
Posted by Diabolu Frank at 12:00 AM