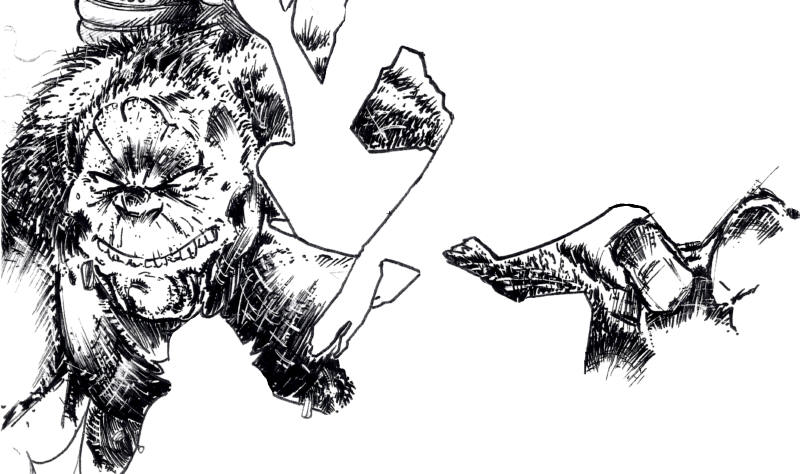 Iwangis was the villain in one of my favorite Silver Age Martian Manhunter stories, and especially out of the ones from the period where he was searching for the Diabolu Idol-Head (though it was never definitively stated whether the Creature King was connected to the device.) Seems other folks like him too, since he won our 2014 March Madness vote. I wanted someone cool for this piece, not just for the character, but because the overall jam was shaping up nicely. I was into Erik Arreaga's style, and his strong Sam Kieth influence was very well suited to the giant furry master of stone menageries. He strikes the right balance of menace and mirth as the monster reaches its paw out toward the viewer. I love all the crazy detailing and frenetic energy of this piece, and should definitely enlist Arreaga for a more substantial commission in the future!