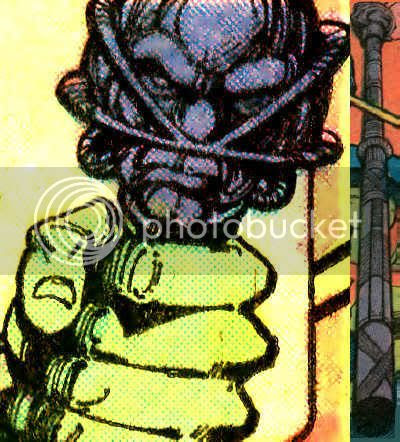 The Scepter of State is a sacred staff bestowed to the leader of the Martian survivors in exile. It is unknown whether this was a continuation of previous custom, or established by the colony on Mars II. The Scepter of State is controlled by the Keeper of the Sacred Martian Symbols when not in the possession of an elected leader. At least one Keeper, Re's Eda, used his role to assume control in the absence of an appointed holder of the Scepter as part of a devious coup. J'onn J'onzz was at least twice chosen leader by unanimous vote.
Posted by Diabolu Frank at 5:30 PM