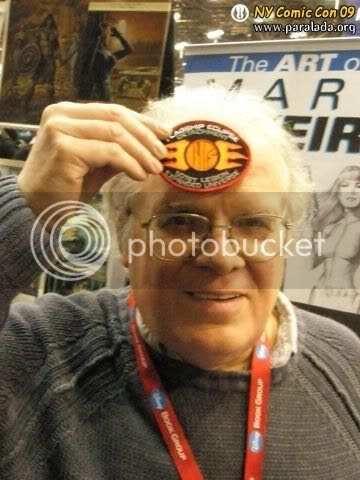 John Ostrander's work on the Martian Manhunter ongoing series was directly responsible for a great number of visitors caring enough about the character to come to this blog on a regular basis. I myself remain fond of his acclaimed work on Grimjack, Suicide Squad, Hawkworld, Firestorm, Starslayer, Legends, Manhunter-- and those are just ones I've read. He's currently among the longest standing Star Wars comic book scripters ever, and remains the only writer who could handle The Spectre for any length of time, doing so marvelously. In fact, I consider Garth Ennis' Preacher a failure because Ostrander had already written the most appropriate ending for that series into The Spectre, leaving Ennis to comparatively limp toward the exit doors. Ostrander's finale to Grimjack was also one of the most barn burning nihilistic spectacles in comic book history. He's one of the greats, and remains vital to this day.

John Ostrander has been battling glaucoma for years, and despite improvements in the treatment of comic creators by this industry over recent decades, health insurance is a luxury few enjoy on their publisher's dime. Ostrander pays for his out of pocket, but after undergoing several very expensive surgeries to preserve his sight, the disparity between his insurance and personal debt has become crushing. The Comix4Sight Committee is seeking donations on his behalf, and is also hosting a series of benefit art auctions featuring the work of Joe Kubert, Howard Chaykin, Tim Truman, and more. If you've ever enjoyed any of Mr. Ostrander's efforts over the years, please pass by the page, and perhaps contribute to the fund.
Posted by Diabolu Frank at 8:45 PM