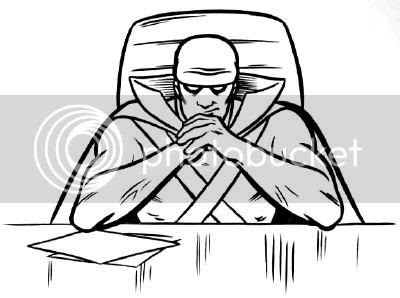 Collect $50 from each player!

I've always regretted not buying the 1999 Hasbro Justice League of America Monopoly Game, and I suppose that's doubly true now that my girlfriend and I enjoy playing rounds of electronic Monopoly when we're both on break from school. I would get a much bigger kick out of a Martian Manhunter token than the top hat I usually rock. I also dig the illustrations by '90s J'Onn J'Onzz licensing artist extraordinaire Ed Barreto. However, what I never knew before last year was that Madman's Michael Allred was originally supposed to provide art for the game. Ross at Brave and the Bold/Marvel Two-In-One: The Lost Issues bought a whole batch of Allred's unused work off eBay, and offered up some swingin' scans! If you check the links, you'll see that Barreto remained true to Allred's layout for this Community Chest card. Which version do you prefer?

The text quoted above was written in light blue pencil on the card art, by the way. It's the same as what made it to the actual game card... 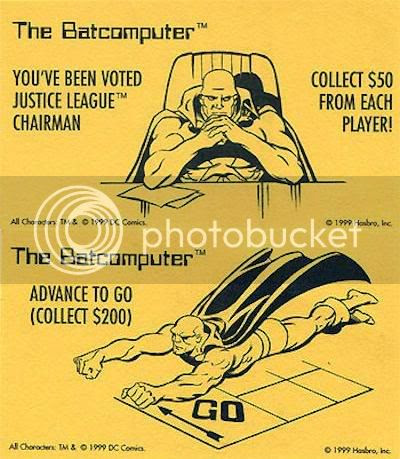 I like the wary, uneasy lies the head that wears the crown look Barreto gives him. What a difference pupils make.

I usually love Mike Allred, but that smirk bugs me, and I don't care what the vet said, I doubt J'Onn will lick at his stitches. He looks like he's being served as guacamole in a taco bowl. Barreto FTW, with the folded collar just the spiking of the ball.

I like Barreto's lines better, and the inking is cleaner...wait just a minute...?! Electronic Monopoly?! What's next? Man will finally go to the moon?!

Moon, shmoon, I want my mission to Mars! With mandrills!

They've got the debit card version of the board game nowadays, but to be clear, I was referring to the Wii video game Monopoly Streets.

That said, I will always love Barreto.