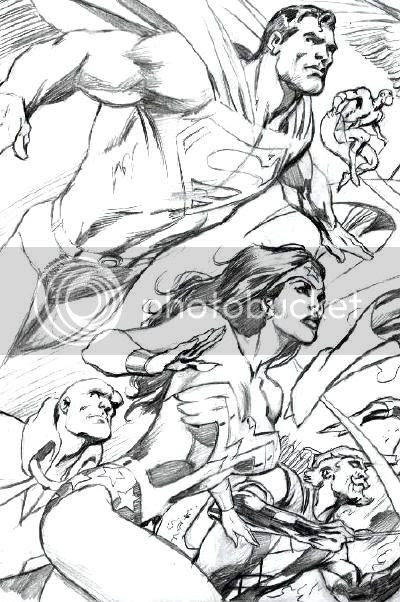 Alan Davis is one of those rare artists who draws everybody beautifully and on model. He's one of those guys who can pretty much do no wrong, and yet never exploded in popularity or landed on much merchandising. So strange. Anyhow, here's far too little of the Martian Manhunter joining Superman, Batman, Wonder Woman, the Flash, Aquaman, Green Arrow, Hawkgirl and Green Lantern ringing a seat for the Atom.

The Nail is just beautiful.

I enjoyed this as well. Also, here is a link for you, Frank, to the CBR preview of Stormwatch 10. It looks like J'Onn has kept some secrets from Stormwatch, particularly about the secret identities of the Justice League -- http://www.comicbookresources.com/?page=preview&id=12611

Thanks for the heads-up, Will. I don't visit CBR anymore, and my slow moving mail order service hasn't even gotten me my copy of #9 yet...

I have to pick my copy up at a local shop this week.

Well, I hope that there are plans to put J'Onn to good use in the DCnU. By September, he will have bested two premier teams by himself.

SWEET, i love this!