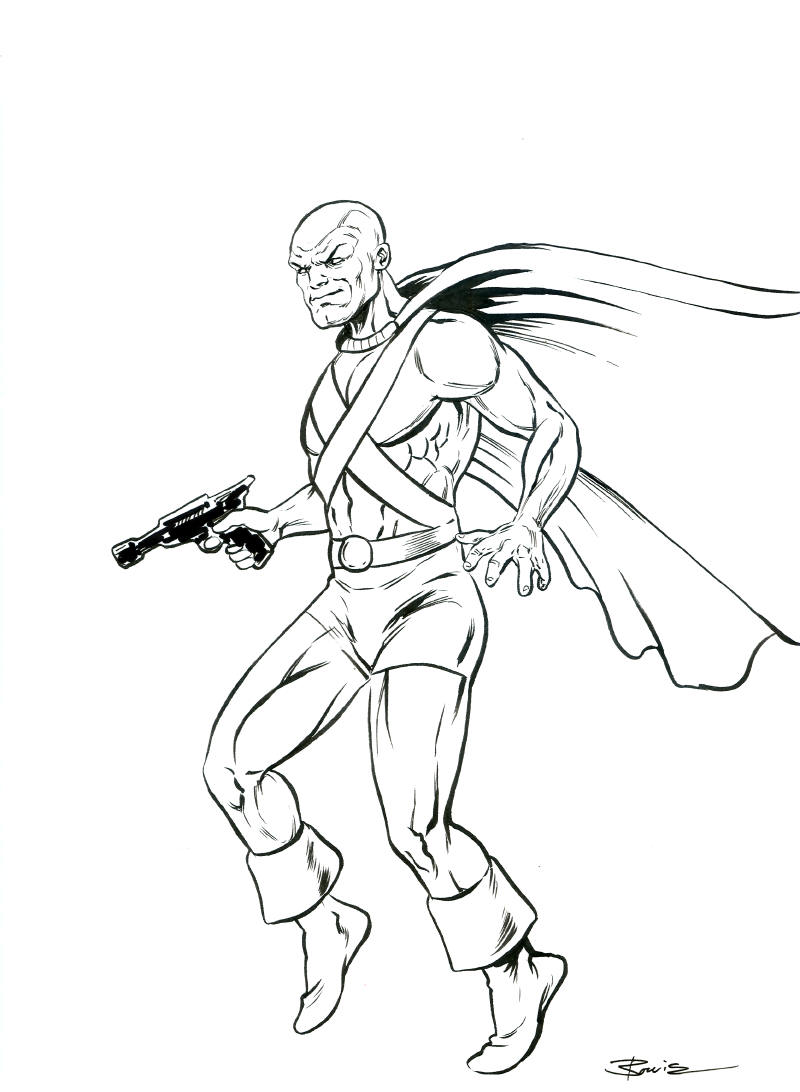 I knew going into this month long celebration of the blog's fifth anniversary that sooner or later I would hit some kind of wall. I think the posting quality over the past couple of weeks has been worth taking pride in, and we may set some sort of record for the sheer amount of words going into each post on average. That said, I'm under the weather, I need to try to get a few more hours sleep before a 5 a.m. shift, and I'm inclined to let the art do most of the talking for this post.

One thing I hadn't thought of when I started doing the weekly "Best (Martian Manhunter) Art Ever (This Week)" posts after Comicpalooza is that when the doubling/tripling of art posts was to begin in September, it wouldn't be fair to the artists who didn't get their own week in the spotlight. Obviously, there's some incentive to plugging in the "big name" artists this month, not just to raise the roof, but because they wouldn't get as much out of a blog post touting their work. Still, it makes sense for both logistics and fairness to knock out a quick post with someone like Damon Bowie, who provided three commissions and will get a whole other week of his own down the line.

B'rett was the last of Bowie's three 2012 commissions. The artist did swell work at twenty bucks a pop, but we didn't have any lengthy conversations, and I've already talked up our interactions in the Glenn Gammeron art post. I've also spoken enough about B'rett elsewhere not to hijack a sketch post with commentary. Bowie's remaining piece is my favorite of the trio, which I'd love to color for a sidebar icon, and features an obscure character I would like to devote some thought to when I have time. For now though, tiptoeing through the tulips with B'rett and keeping this short on effort and high on eye appeal suits me fine. If you'd like more, why not visit Damon Bowie's deviantART gallery?
Posted by Diabolu Frank at 1:14 AM

The inking is fantastic. Blogger's acting weird and won't let me see a hi-res, but from what I can see I like the facial expression--it's a nice balance between Silver Age and modern styles.

If you right-click and open in its own tab/window, the pic will embiggen.