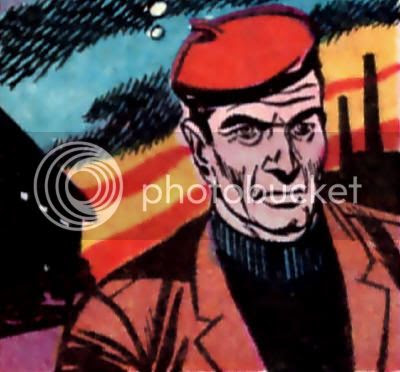 Andre Rennay was a French outlaw associated with the world-wide criminal syndicate known as Vulture until a fatal gun battle with police. After Rennay's demise, the Manhunter from Mars deciphered the code in his notebook containing the location of the local Vulture headquarters. Since his former associates were unaware of Rennay's death, J'onn J'onzz was able to assume his identity and infiltrate Vulture. This gambit allowed J'onzz to discover the existence of Vulture's "Captive-Ray Gun." In his last recorded appearance as Andre Rennay, J'onn J'onzz shifted out of the form to confront a Mercurian Renegade.

Quote: "Oui, oui, Cluzot! You can say that again!"