Iwangis vs. The Creature King of the Sea 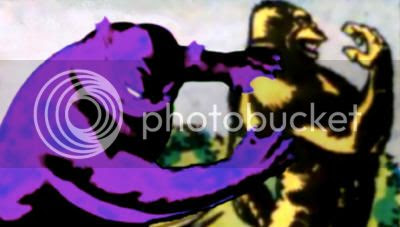 Bio:
The Creature King was a stone colossus brought to life by the Diabolu-Head who paid it forward by creating an army out of a menagerie of statues. Was tricked into defeating itself by J'onn J'onzz. 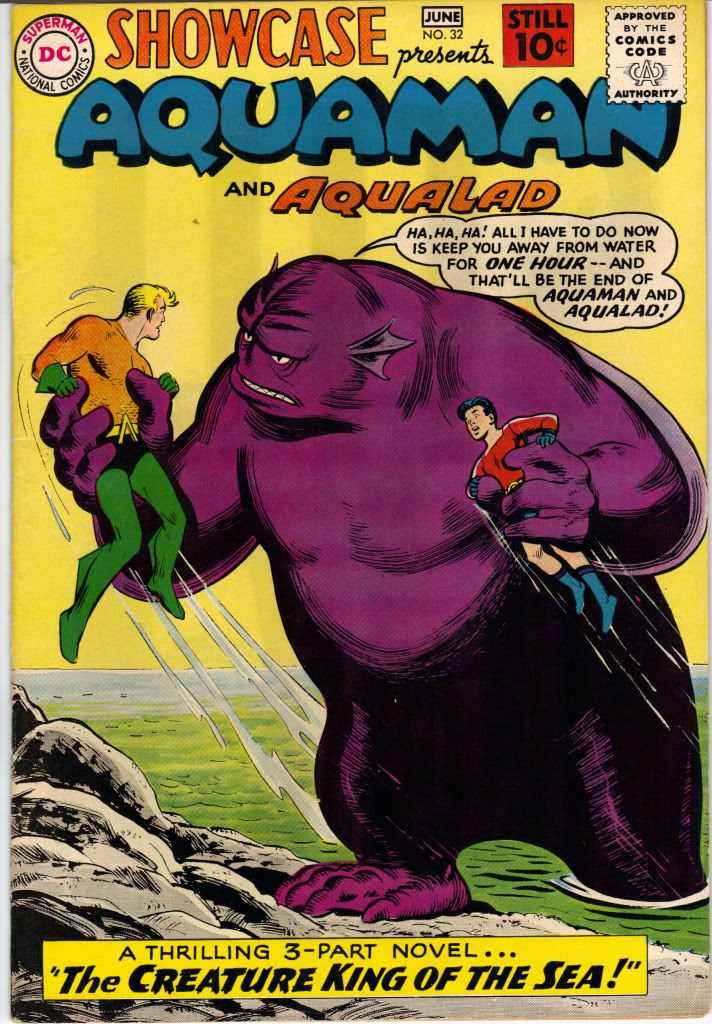 Bio: A diver working under an alias who tricked Aquaman & Aqualad into helping him recover a sunken treasure. A potion allowed him to claim the supposed birthright of his ancient race to become a twenty foot purple beast that ripped booty out of ship hulls and swatted whales away.

Posted by Diabolu Frank at 6:38 AM

Iwangis got my vote. Having one's own personal army will help with many battles. Say, maybe Iwangis can be a new "hero" in the DCnU. He can join Black Canary in the League of Assassins in Five Years later.