No seriously, it's our 2014 March Madness Final Four 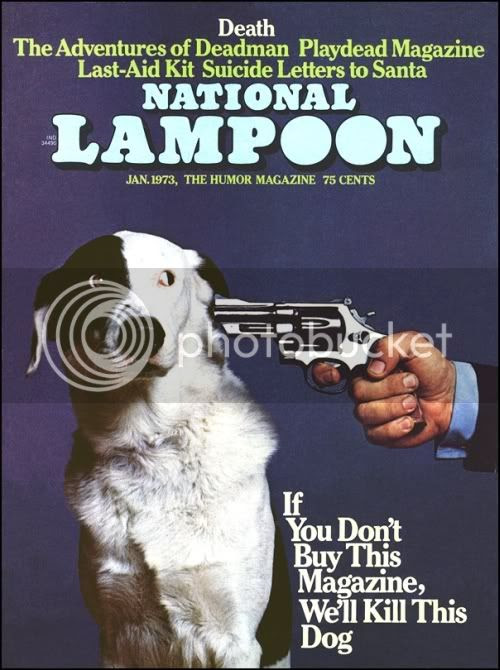 The turnout for our March Madness contests on the blog have always been rather sad compared to most sites' polls (have we ever broken 30 votes?) but "The Weird War of Gilgana" has gotten offensively embarrassing. We've only been getting 4-5 votes per round (including myself,) so I'm trying to shuffle it off as quickly as possible. Still, the last poll launched Monday night, and while it was admittedly swiftly buried by the tossed together April Fool's post, exactly one person has voted on the two contests. I went ahead and added my vote, but there's a tie, and I may have to just shut the whole damned blog down if I can't get two other people besides myself to engage with this thing. So take inspiration from this famous magazine cover, imagine Jupiter in its place, and friggin' vote.

Posted by Diabolu Frank at 1:53 AM

-Ah, what a classic cover!

Frank, any ideas about posting on other sites and having a link in your signature to here. I know that a lot of Martian Manhunter fans must be out there but I don't know how many know about this blog.

By the way, TV Tropes has a full entry on J'Onn J'Onnzz that is a lot more detailed than some earlier ones -- http://tvtropes.org/pmwiki/pmwiki.php/ComicBook/MartianManhunter?from=Main.MartianManhunter

I voted, too...I hope it's counting my votes.

Hopefully you can get some more traffic to this site, like will mentioned. Maybe cross-posting to other sites like Tumblr might help? Tumblr's kind of hard to get used to, but J'onn has his own tag there, so people are posting about him.

Will & Liss, I've never been very aggressive about promoting the blog. I like being a little boutique off to the side that a few people stumble into, as opposed to a noisy nightclub. I just needed a few more votes to legitimize the March Madness results. The count went up to four, but I still have a tie I'm hoping will get sorted out before I give up. Thanks for voting!

I noticed the expanded TV Tropes page a little while back, and was impressed.

There's a lovely cachet to being a fan of a lesser-known character, and that's just one more reason I love being a fan of J'onn. Besides, when you talk about him to non-comics fans, you get to introduce him to them, and I love that. Plus I get to put my own spin on things. That doesn't work with Batman or Superman because everyone knows who they are.