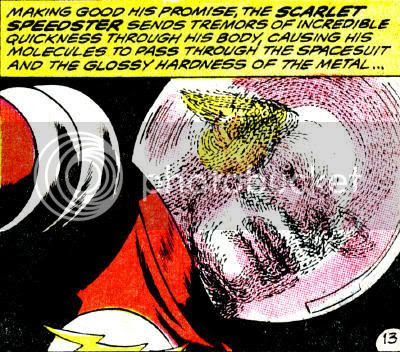 After reading Justice League of America #71 (May, 1969,) I had and continue to have so many questions, I heartily invite comment on the following:
Posted by Diabolu Frank at 7:00 PM

Labels: Martian Manhunter, The Rock of the JLA, White Martians

I would love to see more on this. They've changed J'onn's background so many times, but I always thought this aspect was very interesting.

"What was the deal with the Blue Flame? So many questions there, I'd rather not be more specific. Well okay, for starters, how could Martians go anywhere near a perpetual inferno?"

Right?! I was wondering about this myself.

"Did J'onn J'onzz's mind really "snap" at the carnival, and does that explain his erratic behavior throughout the '70s, or even his reboot in the '80s? Was it caused by an outside force, or did he just go nuts?"

It was the editors at DC, they pushed him over the edge. He couldnt take it anymore. :)

As much as I like the idea of J'Onn J'Onzz coming from an idyllic pacifist culture, how do you explain his continuing to punch people in the mouth over the twenty years since its introduction, even when written by J.M. DeMatteis his own self?!? Not only is that very difficult to write for (see Dove) on a character people already have trouble handling well, but it fits poorly with a lot of what people like about the character. A "Manhunter" should be allowed some ominous qualities ill-suited to a hippie communist.

Superman began as a Moses figure in the '30s, then transformed into a more Messianic mold. Martian Manhunter was like Technicolor Joshua at first, then became and remained a Moses figure from the '70s on. Combining that perception with the intriguing "military-science leader" angle, J'Onn feels less like a spare Superman and more like Jor-El. He works far better as a widowed survivor than he did in the '50s-'60s as the mourned favored son of living parents, but the Martian Manhunter still needs a role amongst Martians to better contextualize his existence.

In other words, he needs his Silver Age continuity back, integrated into his Post-Crisis existence. Pretty please.

"In other words, he needs his Silver Age continuity back, integrated into his Post-Crisis existence. Pretty please."