Today, we'll be looking at the nemesis of the Manhunter from Mars. There is no shortage of impressive images of Despero the Destroyer. However, because he's often the big bad in a big reveal during a story, the covers often do not reflect the magnitude of his presence. In fact, I'll cop to the latter five as being almost completely arbitrary choices, because I'd say only the top five are truly great representations of this menace. 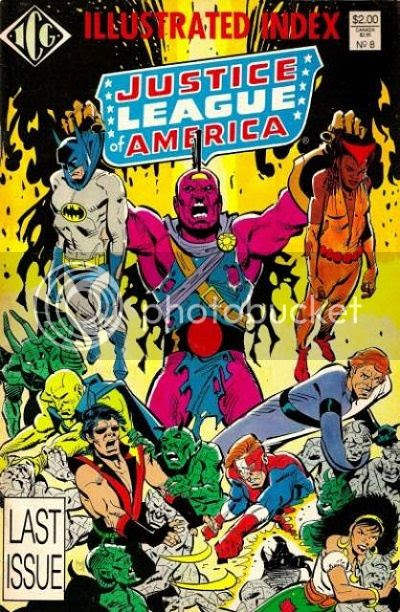 The Destroyer drawn by Gary Frank. It's just so pretty. 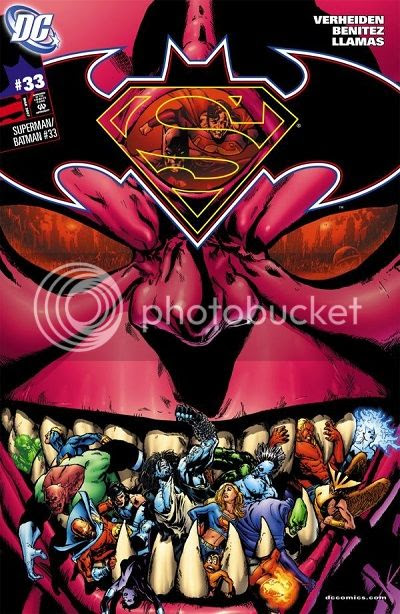 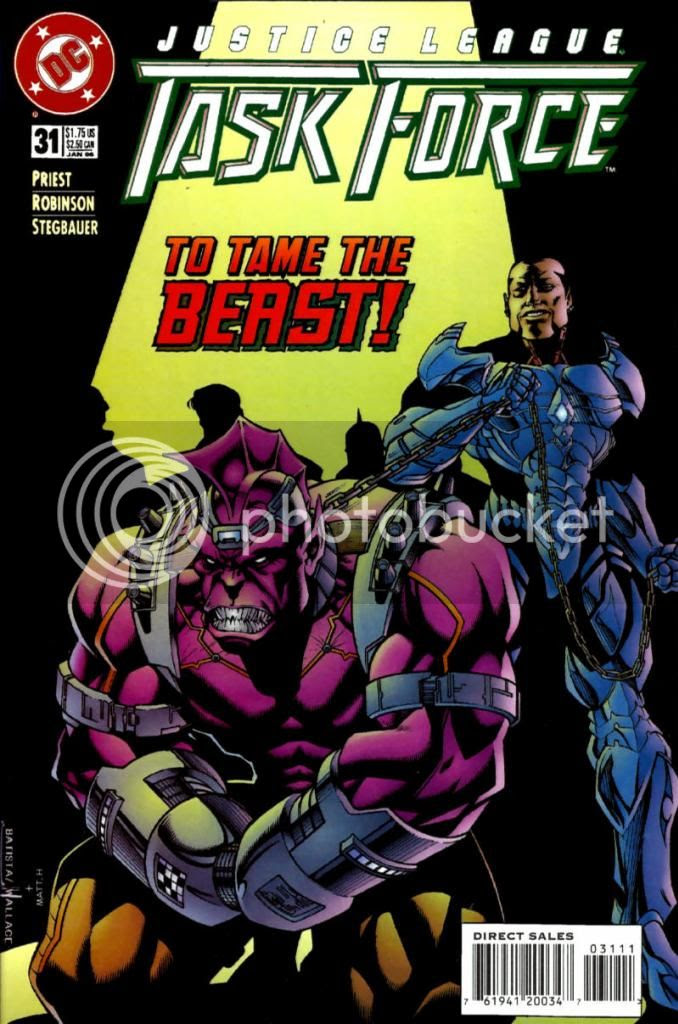 Just a striking image of Despero in bondage-- no small accomplishment. 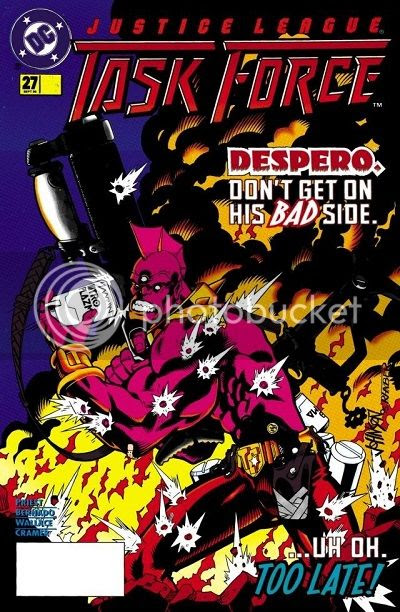 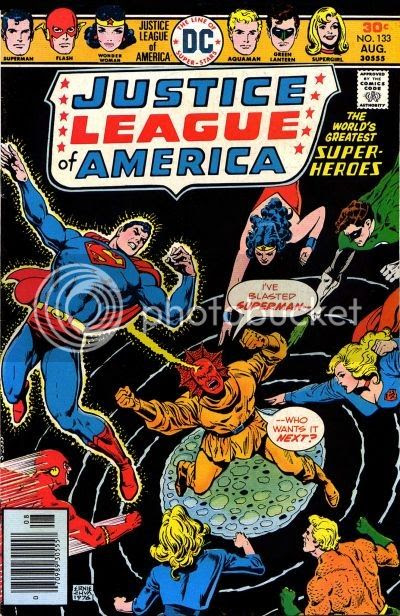 Flanked by the world's greatest heroes, Despero kills Superman and ask who wants next. 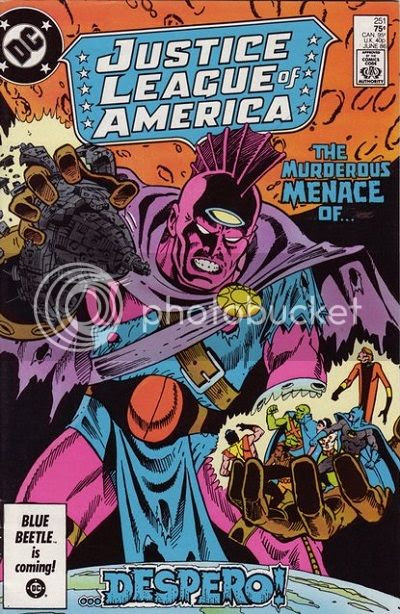 The first clear cover image of Despero reborn as a finhawked badass of massive scale. 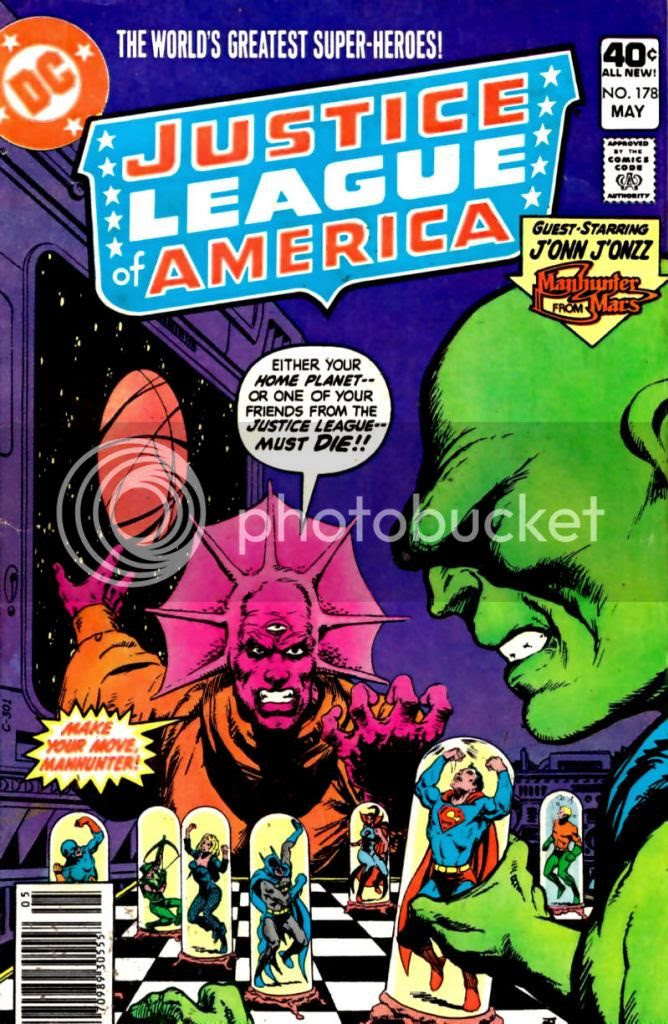 A great riff on Despero's debut, beautifully rendered by Jim Starlin, and the first indication of personal animosity toward the Martian Manhunter. 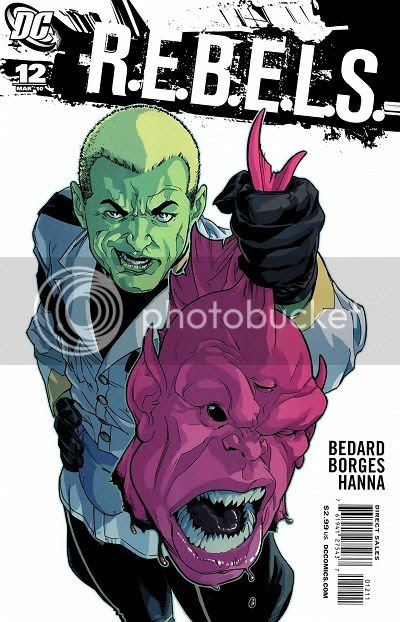 Nothing says "we're in trouble" like someone holding Despero's severed head, while nothing quite says "our way out is almost as frightening as how deep we're in" like Vril Dox grinning. 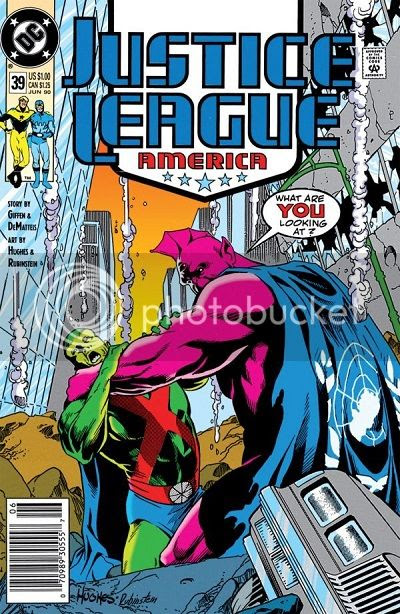 I almost threw in the issue where Despero crash lands in the JLI's midst, but he's just a funky colored blob in an intentionally obscured image. Here, you can clearly see the result of his onslaught, and the beginning of his fan favorite villain status. 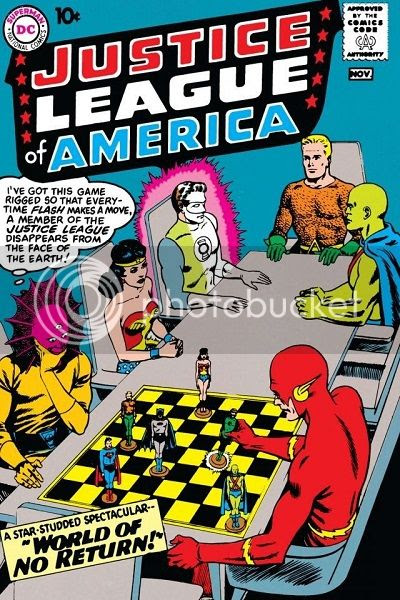 The original. The classic. One of the most inspirational and imitated covers of all time.

Check out more spotlight countdowns of great art from the past 75 years of DC Comics Covers at DC75: Top Character Covers of the Dodranscentennial
Posted by Diabolu Frank at 11:51 PM

Labels: Despero, Martian Manhunter, The Rock of the JLA

I loved Starlin's homage to JLA #1. As a kid buying that comic for the first time, I didn't catch the reference, just thinking it was a cool cover, which it is!