By Wednesday, my schedule was already slipping, due partially to work and school business, but mostly from helping my baby get everything together for a trip out of the country. I needed a quick and easy post, which these retrospectives can be when dealing with a character who has only appeared on six covers. I mostly knocked out this Malefic countdown that afternoon, but computer issues kept me from posting anything that evening, and life took me out the rest of the week. Hence, here's a stopgap, to be followed later this evening by a lengthier retrospective, and two more on Saturday. I'll be dealing these out throughout the holiday weekend while striving to rebuild a scheduled reserve across several blogs, so out of sympathy for my broadband readers, I've reset the blog to only display six posts at a time. Enjoy!(?)! 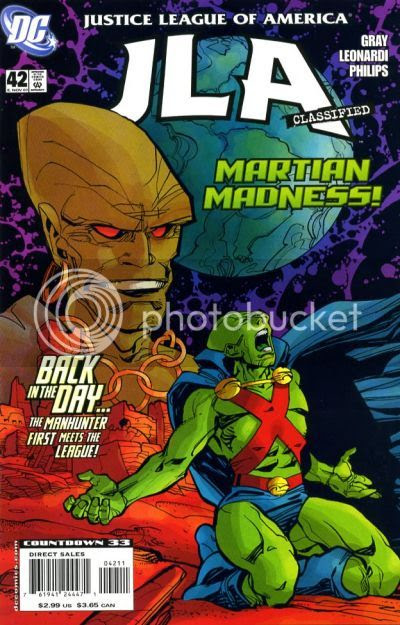 Rather than a psycho with a face full of metal, Malefic looks like J'Onn's transvestite uncle P'Att, who let himself into the pyramid uninvited for an extended "visit." Being a health nut who has noted his nephew's Saturnian Belt Dunlap, P'Att decided to repay J'Onn's hospitality by taking out all the sandwich cookies in the house with Martian Vision... and the blood wind-- cries-- "Choco..."

...Or "Oreo..." Certainly not "Hydrox," despite the Hendrix reference. 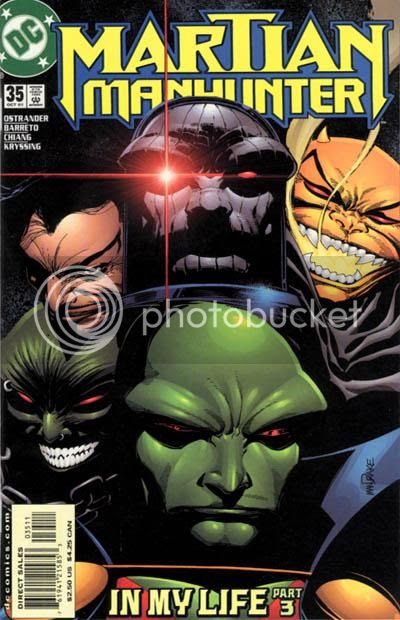 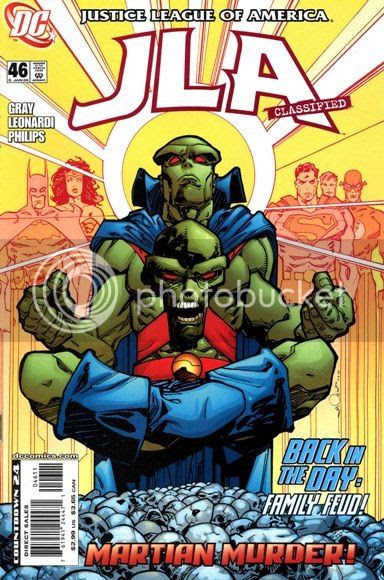 Look on Quato and know fear. 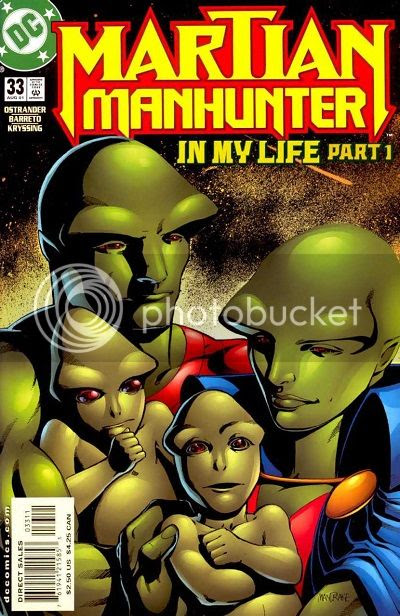 Mandrake doesn't sell "evil from birth" here so much as "J'Onn's so innocent looking, the other one must be Ma'ala'ak." Regardless, all babies are inherently evil, and fill me with dread, plus there's points for poignancy. 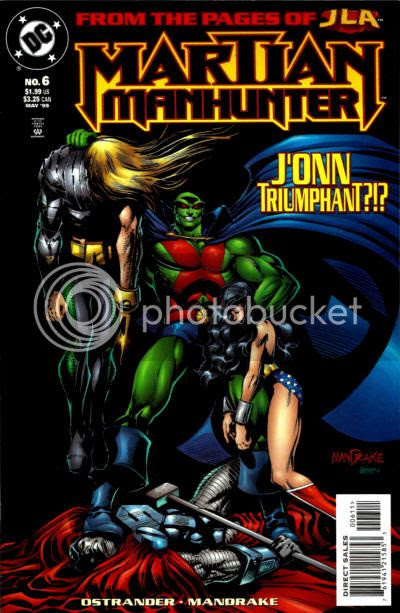 The real J'Onn J'Onzz totally wouldn't put Wonder Woman in a chokehold or step on Steel's (of all people's) neck, and this time Mandrake does sell the eeeeevilll. 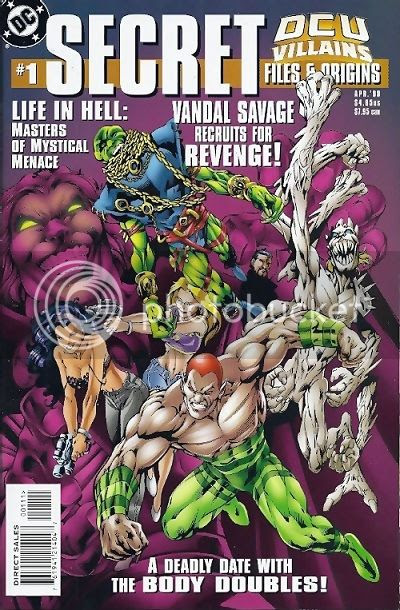 This is a Bryan Hitch cover featuring almost nothing but villains the Martian Manhunter has fought, three being major adversaries of his, and two Martian-specific. It's also the only one with a clean, clear, full body shot of Malefic. With standards this low, how could it not be #1?
Posted by Diabolu Frank at 5:50 PM

Labels: Ma'alefa'ak, Martian Manhunter, The Rock of the JLA

Love this post and Malefic. The most underrated villain of all time.

More Malefic on the horizon...