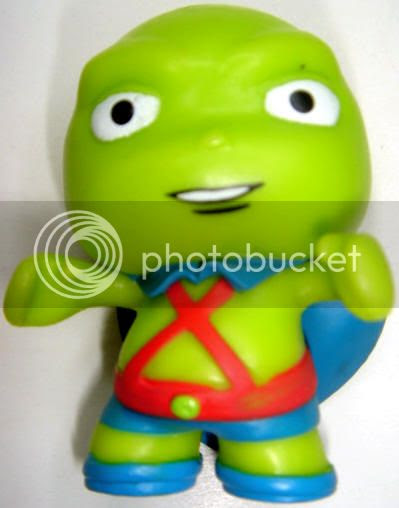 According to Experience the Wonder's write-up of the line, the DC Comics Little Mates were produced by the Spanish company Silverline that offered them as a local newspaper premium. 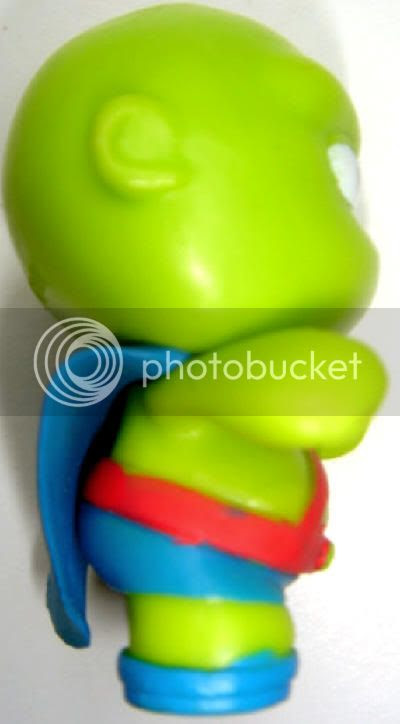 Released on October 16, 2010, they're adorable if inarticulate at two inches. There's a used one going on eBay for five bucks that I swiped these pictures from. The rest of the founding Justice League is also represented, as well as Catwoman, Harley Quinn, the Joker and Hawkgirl. 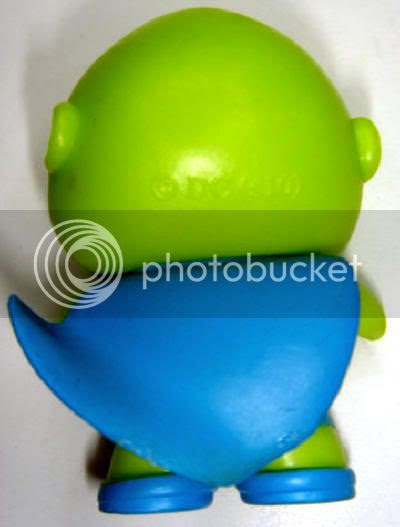 If you visit the official Little Mates Martian Manhunter page, you can see a CGI turnaround of the design, and download a couple of pages of art (solo J'Onn and a group shot) aching to be printed out and crayon colored. UK sites are reporting that they'll land on their side of the pond in April.
Posted by Diabolu Frank at 12:00 AM

Why does Europe get all the cool stuff? First the Eaglemoss figures now this.

And they have a memory game on their website! 22 tries in 59 seconds. Beat that.

I was in the cereal aisle the other day, and it hit me that there wasn't a single toy offer to be found. Somebody passed another damned law, didn't they? Who put a v-chip in me Lucky Charms? I want to dig more out of the box than pink marshmallow amazons, yellow mullets, orange lightning bolts, green lanterns, blue kryptonians and purple crusaders! Give me my Spanish Martian Manhunter stress ball/chew toy!

I would like to say that i love the character Malefic. I dont know about anyone else but i have had a hard time finding full body pictures of just him. Last night I had one of my comic geek moments (I was looking at jla v avengers and wanted to do the jla characters arch enemy vs the avengers character arch enemy) and I found 2, if anyone is interested the links to them are below.

This picture is probably my favorite as it shows a full body picture of him.
http://www.rapsheet.co.uk/Images/Characters/Malefic.jpg

This picture is of him sitting of fire. Me and everyone else who has looked him up has probably seen this picture before. The thing about it this time is how clear and large the picture is. Before the picture usually got distorted.
http://images1.wikia.nocookie.net/__cb20110121180944/marvel_dc/images/thumb/e/e8/Malefic_001.jpg/441px-Malefic_001.jpg

Thank you sir! I love that Hitch piece, but never wanted to go to the trouble of trimming out the background for an icon here. I can steal it just fine, though!

It's really tough to find Malefic pictures, because of his obscurity and unspecific name. Here's some from this blog: