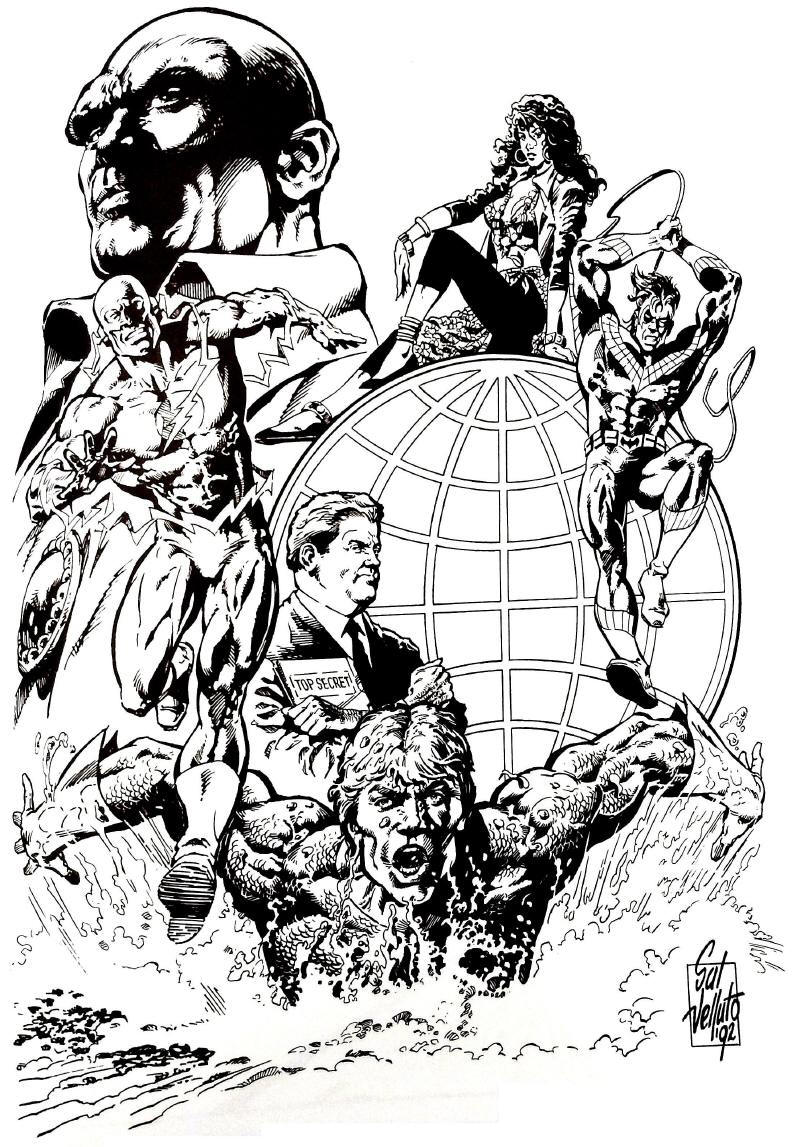 I couldn't get a good scan of the art on this page, but I had better luck taking a picture, though there's some slight warping of the image as a result. I don't believe Blitz ever turned up, and the entry features a logo for the book that was discarded. Speaking of cards, do you have your membership handy?

Even the mighty Justice League needs a little extra help, sometimes. When a mission requires expertise and experience that just can't be found within the Justice League, JUSTICE LEAGUE TASK FORCE is there. Be prepared for constant surprises as the greatest heroes of the DC Universe team up for the ever-changing missions. JLTF is Mission: Impossible with super-heroes!

Led by the Martian Manhunter and assisted by former JLA member Gypsy, Justice League Task Force uses a rotating membership drawn from inside and outside the current JL lineup, recruiting at need those heroes best suited to handle a given mission.

Structured in story arcs of varying length, JUSTICE LEAGUE TASK FORCE will have the added distinction of using different writers for each arc, a la the enormously popular BATMAN: LEGENDS OF THE DARK KNIGHT. Penciller Sal Velluto (former artist of Valiant's X-0 Manowar) and inker Jeff Albrecht (Marvel's Namor; Dark Horse's Robocop: Prime Suspect) form the regular art team for what promises to be an exciting and unique book.

Nightwing guest-stars in the first story arc, written by David Michelinie (Amazing Spider-Man), in which the Justice League Task Force tackles a power broker who has set up a drug cartel in South America. Unfortunately, the drug lords have hired some formidable protection— a nasty new super-villain called Blitz.

The Task Force coordinator is career politician Hannibal Martin, who gives orders from behind the scenes, much as Maxwell Lord does for the JLA. JLTF is accessible to new readers and free from back stories. The series also gives readers the chance to see people who may never be Justice League members interact with the group.

Posted by Diabolu Frank at 4:27 AM