Bel Juz is ready for her close-up, now... 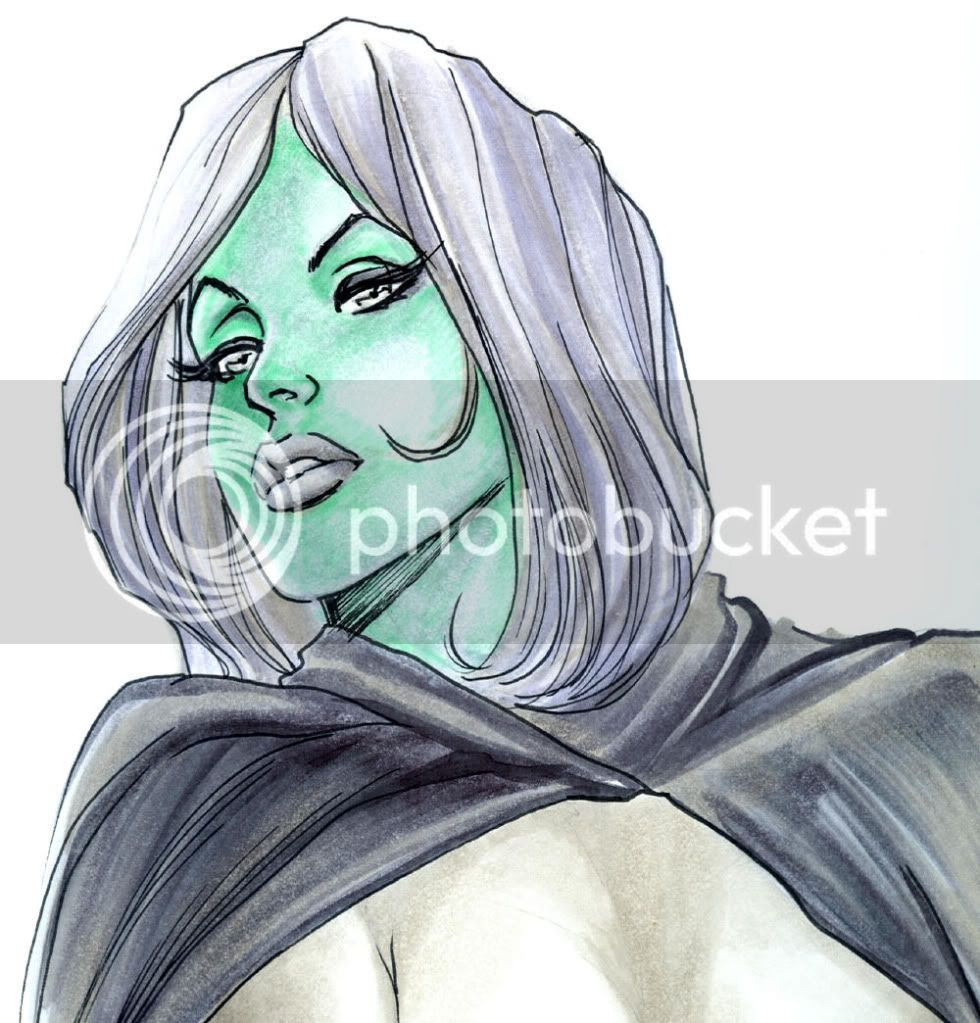 I never quite let go of the many problems I had scanning the 2011 Bel Juz Commission by Brian Denham and my final publicly offered (if best) version's many misrepresentations of the original art. I tried throwing the original piece directly onto my scanner (rather than a resized color photocopy from FedEx Express, which is sort of like Detective Comics Comics) and still couldn't capture all the subtleties. For instance, I trimmed the breasts out of this excerpt because wide areas appeared white, rather than multiple hues of gray to add dimension and weight. Still, hopefully this at least conveys the lavender hues in her hair and the fine line work on the face...
Posted by Diabolu Frank at 1:57 AM

I like the fine details. I wonder if we will see Bel Juz or any major figures from J'Onn's life in Stormwatch?

Nope. Not a chance.