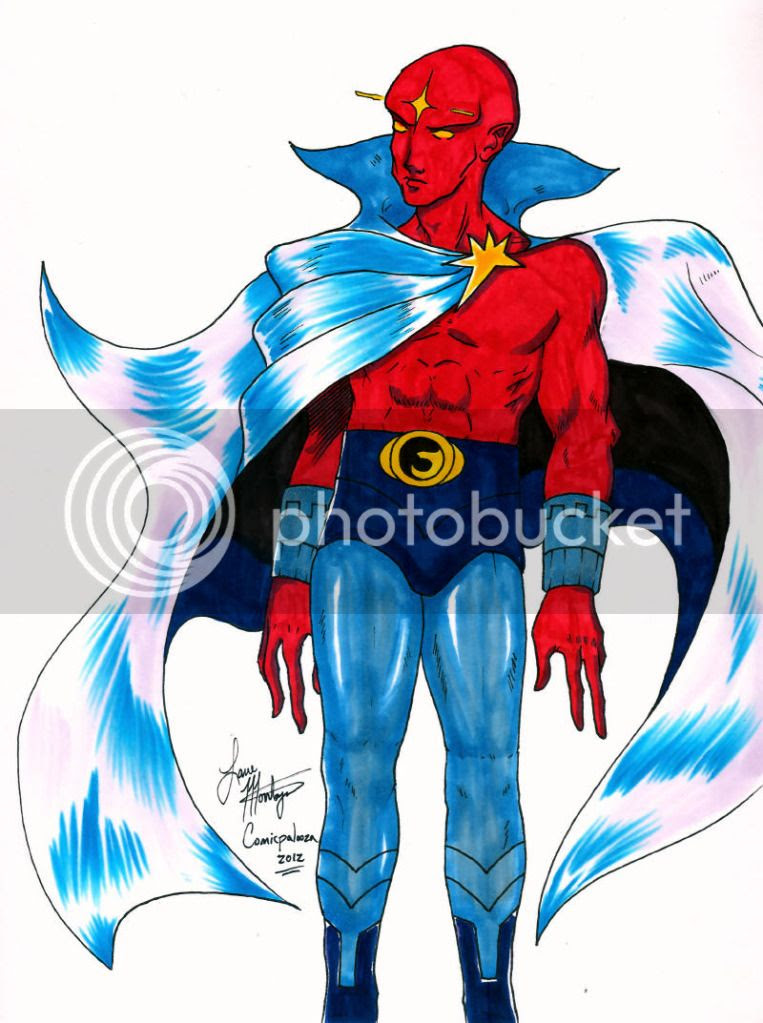 As I've mentioned before, I wanted to get as wide a variety of pieces as possible going into this year's Comicpalooza for the fifth anniversary celebration. That included a "manga girls" bloc where I tried to match characters to art styles. I was thinking of an anime Zook, a Tuxedo Mask-ish Conjurer, and so on. The first day, my problem was that I had my kind of jealous girlfriend in tow, and tried to only approach female artists when I could break off on my own. It didn't help that three of them were grouped together at one stand, and in fact that stopped me on day two when I was on my own. It's bar logic-- how do you approach a group of women and choose one or two without offending the rest? That sounds sexist, but I speak from experience. One year, I kept setting up commissions with male artists that I'd vetted, but then threw a bone to his unknown buddy at the table, only to end up disappointed and cash poor as a result. I had a bit of that this year as well. At one con, a guy who was frankly just plain terrible horned in on two other artists' table to try to press me for a commission. Later, he found a permanent locale, and flagged me down again. I kept having to smile, nod, and back away without committing to anything (not even an opinion on his awful work.) It's awkward and a buzzkill for all concerned.

Instead of commissioning three artists, I got three pieces from one. Lane Montoya had a professional table where she offered prints, buttons and such. She had support working with her at the table, rather than competing for her dollars. After Friday's Princess Cha'rissa commission, I knew she offered quality full color commissions for a great price, on firm board that was polypagged and sealed with a nifty sticker. Where's my incentive to shop around? 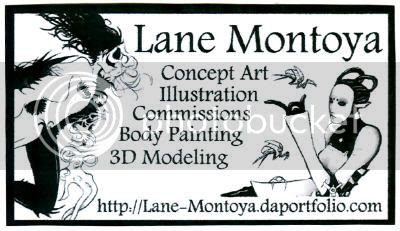 I had a few subjects that hadn't worked out with other artists, but I felt bad about trading one half naked alien girl like Cha'rissa with another like Cay'an. Instead, I figured the Princess' intended from the "Rings of Saturn" arc, Jemm, would compliment nicely. On the down side, with the slight instruction of "again," Montoya provided another straightforward full figure. I haven't been a big fan of the ripped Jemm of recent years, preferring him as an exaggeration of a gangly teen, which Montoya captured here. The 8½" x 11" board couldn't quite fit it all though, and from a distance the cut-off near the ankles makes him look squat. Aside from that optical illusion, I think it's swell. I like Jemm's delicate features and slim build. The red flesh tones really pop, and my favorite element is the swirling, shimmering cape. It has the effect of appearing translucent with prismatic purples that look quite cool. It took a bit of time to pull off, so I picked this one up on Sunday, as well as offering a final commission where Montoya could really cut loose. We'll see that next month, but for now, check out Montoya's deviantART page.
Posted by Diabolu Frank at 12:00 AM