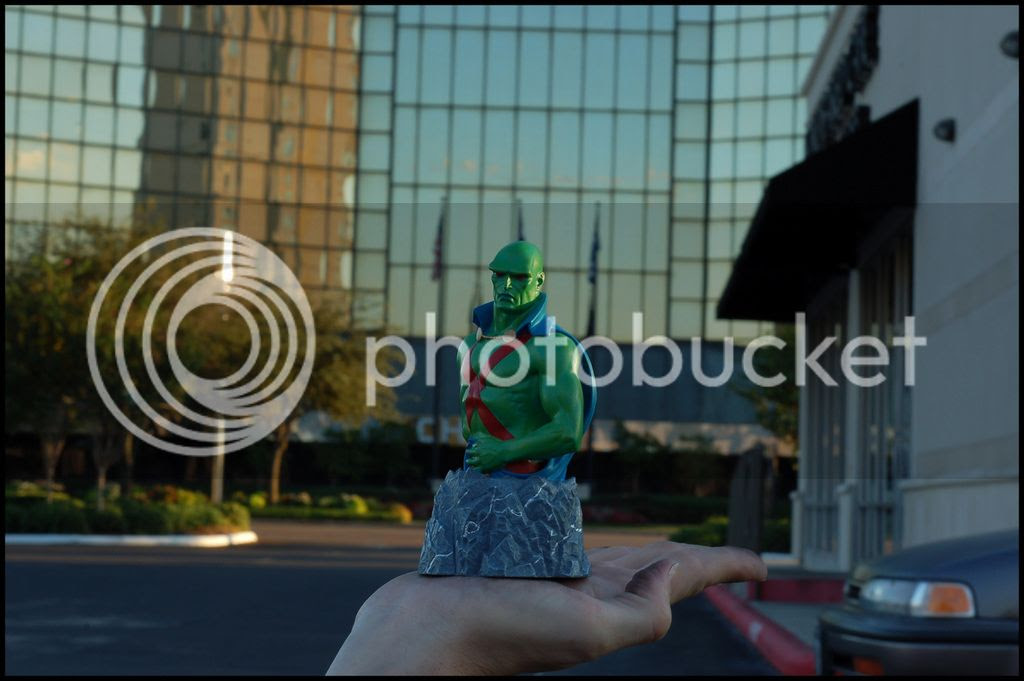 I'm not done with our 2/3rd Summer of Saturn yet. After years of stalled efforts, I have #6's write-up in the can, only requiring image scans. #7 seems like a natural stopping point, since I have too much planned for our 5th anniversary to take the recaps into September. #7 really wraps up Jemm's time on Earth, and as a whole things get more cosmic. I also want to get a few more character bios and some more odds and sods in.

We took a break this Saturday on account of exhaustion. I've been working a crazy schedule, and where I thought I'd catch a break on Thursday-Friday, plans changed. I got some more great commissions at the Space City Comic Con, including some very big names, which will make September that much more special. However, it's nearly three in the morning, and I can barely see straight, so emergency posting protocols kick in.

Above is a photo taken by one of my best friends as part of a series done during the blog's first year of operation (about seventy pounds ago, unfortunately.) I thought I'd use these at random intervals, but my blogging agenda changed fairly early on, and these quirky pieces got boxed up. This was probably the weakest of the lot, and I'm too tired to check which pics I've already run, so I figure it's a safe bet for previous exclusion. Miss Martian will be back up on Monday, and we should get back on track from there. Thank you for your patience...
Posted by Diabolu Frank at 2:52 AM

Thanks for covering J'emm. I just hope that we will see more of J'Onn in the next several months and will see some more people to round out J'Onn's universe. (Right now, as he just left Stormwatch, he seems to be more solitary than Batman.)

In some sad news, Comic Book Resources reports that Joe Kubert has passed away -- http://www.comicbookresources.com/?page=article&id=40404

Art Adams talked about missing his chance to chat with Gil Kane at the con, and I did the same with Joe Kubert at Comicpalooza this year. Also, “Illegal Machine” Dave texted me about this while I was way too late at work. Synchronicities.