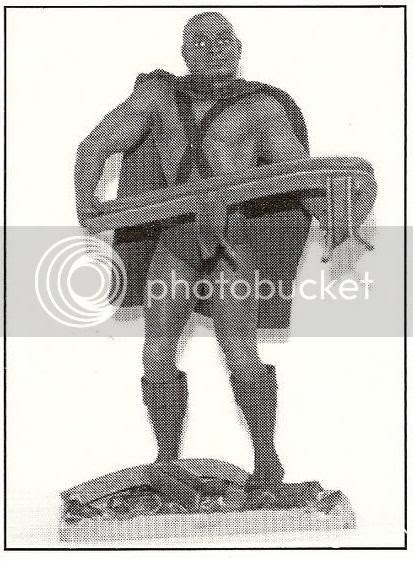 I hate models. I used to have a customer who would spend hours telling me about his process in crafting model kits, and I would spend those hours fighting back the tears and anger at time I'd never get back. I also hate "B. Clarke," who painted a JLofA cover for this issue involving the team playing their '60s Hasbro Flash board game. Those all featured J'onn J'onzz, but Clarke bypassed authenticity and screwed Manhunter alone by turning him into the Atom. Of course, that helped lead Damian Maffei of the late The Atom: Tiny Titan blog to cover this magazine back on January 6, 2008. Inside was a shoddy photo of a custom model of "Jonah Jones" by David E. Dennis built from an Aurora Superman kit. This was based on concept art by Jerry Somethingorother, or the fake concept art drawn around the model. I don't really care all that much. Visit the link to see this travesty in rather large scans, including other custom models for the Atom, Green Lantern and Aquaman. 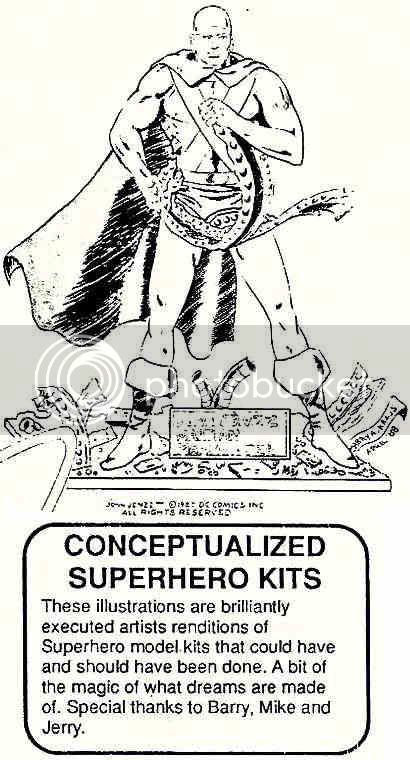 Jonah Jones? Did I miss something? Did I fall asleep and wake up in the Twilight Zone or something?

Making a resin figure from scratch isn't easy. It takes a lot of hard work. Though, to paraphrase one of my favorite lines from National Lampoon's Christmas Vacation: "So do washing machines."