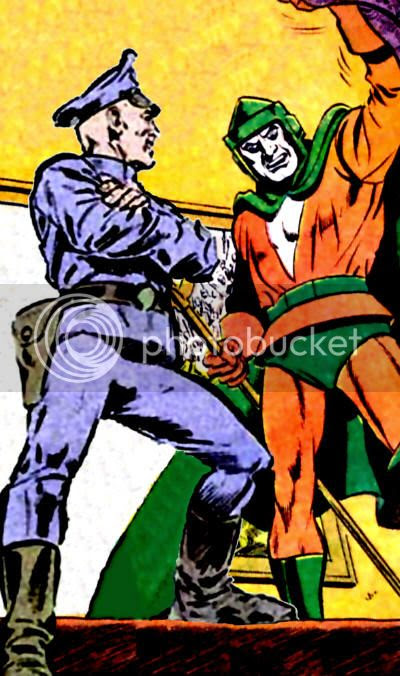 Bio:
Commander Blanx led a Pale Martian army to successfully seize control of his home planet's greatest energy source, the Blue Flame. The opposing army of Desert Dwellers had followed military-science leader J'onn J'onzz, whom Blanx encountered in single combat, but defeated with the help of others. Blanx exiled J'onzz, but when the Martian Manhunter turned up on Earth, the Commander followed with a troop in an assassination bid. These "invaders" caused a national hysteria, prompting the largest assembly of 1950s era heroes ever seen. At one point, Blanx traded blows with Superman, but his group was ultimately defeated by the heroes who would eventually form the Justice League of America.

Commander Blanx returned to Mars, and about a decade later, brokered a deal with unnamed aliens to sell the planet. The catch was that Blanx had to wipe out all other life on the world, which he did by releasing the Blue Flame of Mars. The Justice League routed Blanx's forces and the Martian Manhunter engaged the Commander in mortal combat for his genocidal conniving. 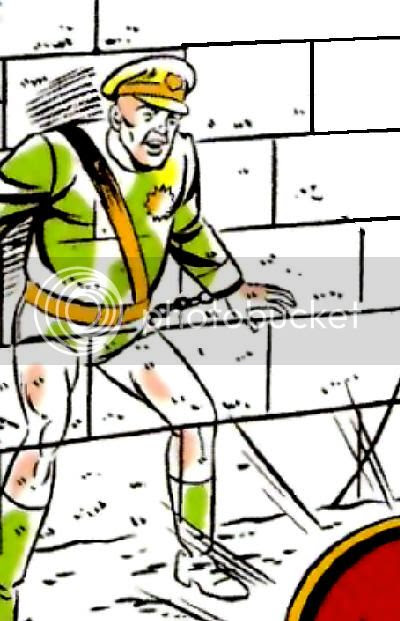 Bio: Long ago, the Military Director of the Kryptonian Space Center, General Dru-Zod, used a duplicator ray to create his own private army of imperfect copies of himself in a bid to overthrow the government. These robotic "duploids," which resembled Bizarros, failed to insert General Zod as dictator. Dru-Zod was stripped of his rank, tried for his crimes, and sentenced to forty years in the Phantom Zone. As he began his punishment, Zod swore "Down with Krypton! Some day I'll enslave all its people!"

Decades later, when lost artifacts from Superboy's home planet of Krypton fell to Earth, he discovered and used a helmet from amongst the set that offered mental playback of life before his birth world died. Young Kal-El learned of a "Phantom Zone" where Kryptonian criminals were once sentenced, and still lived in a formless, silent state within which they could perceive but not interact with physical reality. While Superboy was viewing the events that led to various incarcerations, a stray lizard accidentally triggered another of the devices, a Phantom Zone projector. Superboy became trapped in the "twilight dimension," but found a way to contact Pa Kent to secure his release.

Superboy had learned about Dru-Zod from his initial use of the helmet, and later determined that he had served his full sentence. Superboy released Zod, who proceed to attempt conquest of Earth, only to be returned to the Zone. Zod made dozens of appearances in the Silver and Bronze Ages, acting to revenge himself upon Kal-El with the help of other Zoners. 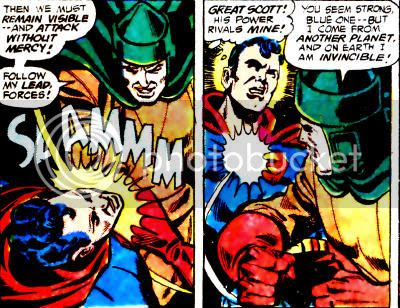 Idol Speculation:
I'd never heard of Commander Blanx before the late '90s, and didn't read either of his two stories until well into the aughts. Meanwhile, as a child of the '70s, the cinematic General Zod loomed large in my memories. I'd always assumed that Blanx was just a rip-off of Zod, and expected the Pale Martian would be doomed in a face-off. However, when you consider the facts, the match is far more fair than I ever realized.

Zod and Blanx premiered just eight years apart, and Zod had only made eight appearances in that time, mostly cameos and flashbacks. When Zod actively participated in stories, it was almost always in concert with several other "Zoners," or acted through proxies like Lex Luthor. In most of these tales, Zod didn't fight Superman, but instead Superboy or Supergirl. All of his history with Jor-El was reconned in much later, which explains why he was such a minor presence that General Zod didn't receive a Who's Who entry, his entire biography condensed into an overview of the Phantom Zone Criminals. Zod didn't even have a confederacy of bad guys going into his career, just failed robot duplicates, and he met all of his infamous cohorts only after being sent into the Zone. 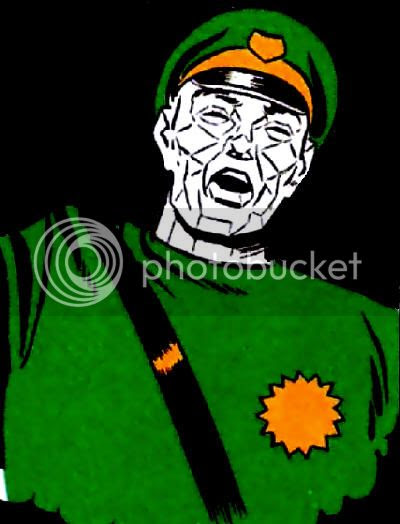 When Commander Blanx debuted, he was an obvious commentary on the Vietnam era military-industrial complex, the atrocities committed in the name of right wing ideology and capitalism from the perspective of an ardent liberal writer. The Pale Martians might have shared a complexion with the duploids, but Zod's sanitized pre-WWII stab at fascism was far removed from the dirty politics and societal violence of Blanx. The Commander's history was also retconned, but in his case, Blanx was made the archnemesis of an adult hero, entwined in his origin, and personally responsible for the death of the world from with the Manhunter from Mars took his name. The dynamic between J'Onn J'Onzz and Blanx is somewhat similar to that between Jor-El and Zod in this summer's Man of Steel, except the Martian tension was in place long before the Kryptonian relationship existed, and Zod didn't intentionally and with malice destroy his own planet.

Whatever Blanx may or may not have borrowed from Zod, the General has "borrowed" back, though obviously more from shared influences than direct lift. Blanx was a major villain from the outset, and in just two appearances he not only brought much of permanence to Martian Manhunter lore, but he even managed to cause the creation of the Justice League of America. General Zod was a lesser light in Superman circles elevated by two movies that enhanced him with other, more formidable Phantom Zone criminals. Regardless, creators have spent thirty years trying to capitalize on the momentum of Terrence Stamp's portrayal of Zod, but the General has yet to truly establish himself in the comics over half a century after his debut. Even the Michael Shannon Zod relied on Faora-Ul for most of the high intensity action in his film, as Ursa had in 1980. Zod may yet win this match-up, but Blanx certainly has a greater chance than one might have expected based on the General's overly hyped reputation.

Posted by Diabolu Frank at 4:00 AM

Yeah I'd vote for Commander Blanx.

Also have you seen the Justice League Popularity contest on comicvine? Martian Manhunter came in SECOND place, after Superman!

My vote goes to Commander Blanx for several reasons. One, he is a J'Onn J'Onnzz villain -- and one of the worst. He did what others had Ma'alefa'ak do, but for greed. Also, Zod has been taken down by Superman but Blanx and his warriors required the JLA to beat him.

My vote would've been for Blanx, too. This is a matchup I'd really like to see play out. There aren't enough power-hungry military villains in comics as far as I'm concerned.