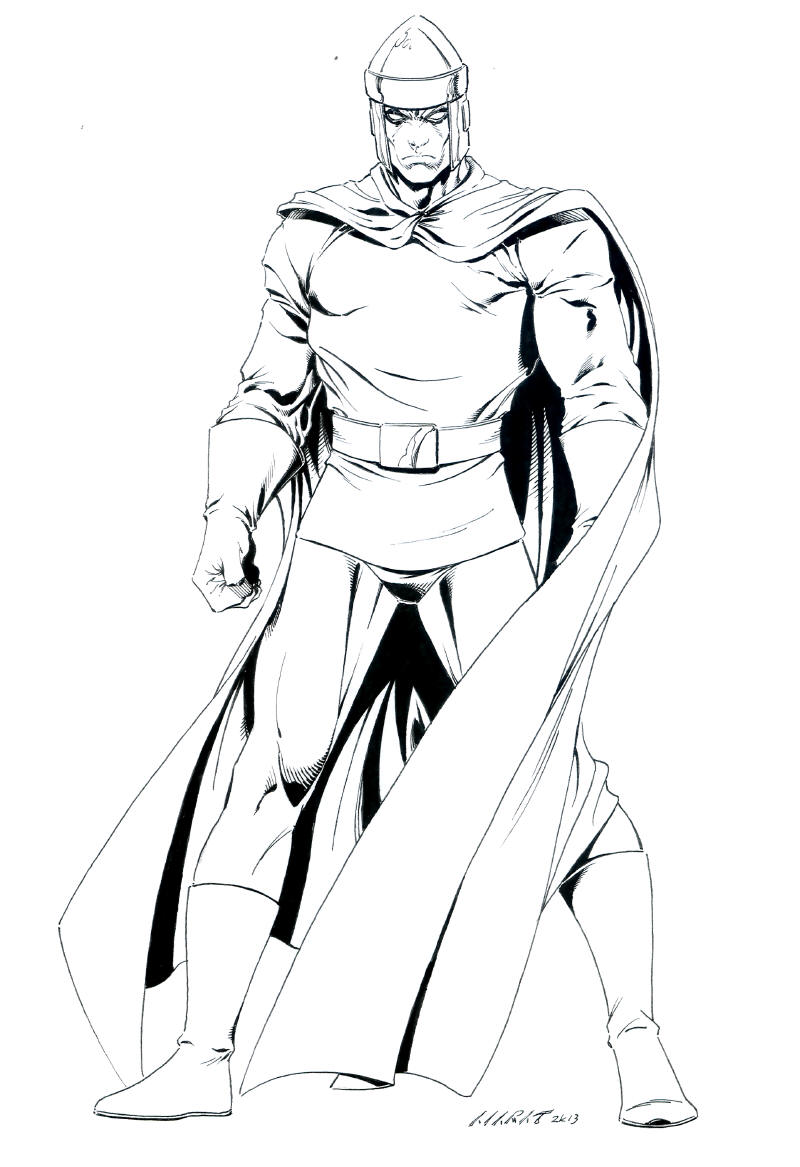 2010 was the year I started getting commissions, with Marat Mychaels' Commander Blanx bust being one of the first and best. Well technically, it was one of the last of the show, because I couldn't decide whether to have Mychaels or Brian Denham draw Blanx, Bel Juz, the Marshal or some combination of the three. This is why I've been much better prepared in making those sorts of decisions well ahead of time ever since. Anyway, I framed the original four years ago, and it's been on the wall over my computer ever since. 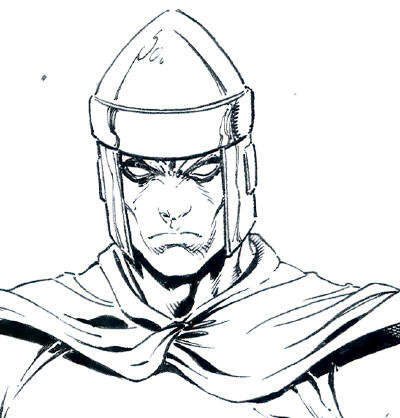 I've asked other artists to interpret Commander Blanx, but none had ever quite captured the same perfect note of aristocracy and insanity as Mychaels had in his bust. When I heard Mychaels was coming back to Houston this year, he was an immediate lock for a full figure of the fiend. Unfortunately, my enthusiasm for Comicpalooza was steadily chipped away ahead of the show, including the realization that Mychaels was booked for Arizona's Phoenix Comicon the same weekend. Phoenix is a much larger and more prestigious show, so I spent something like six weeks waiting for the announcement that the artist was canceling the Houston date. I even cursed the Comicpalooza web site for being too "stupid" to realize they were advertising an appearance that wouldn't be happening.

I'm walking through Comicpalooza on Friday, see the Mychaels booth banner, and smirk. Egg on my face, a little later, Marat was in front of it. As it turned out, Mychaels had been informally asked at the previous year's Phoenix Con to come back this year, casually agreed, and not realized there was a conflict until it came to a head. Being a stand-up guy, Mychaels attended Phoenix Con on Thursday, then caught an early morning redeye to Houston. I was thrilled that Mychaels had made it, and that I would finally get the Commander Blanx full figure I'd been hankering for since his last visit! 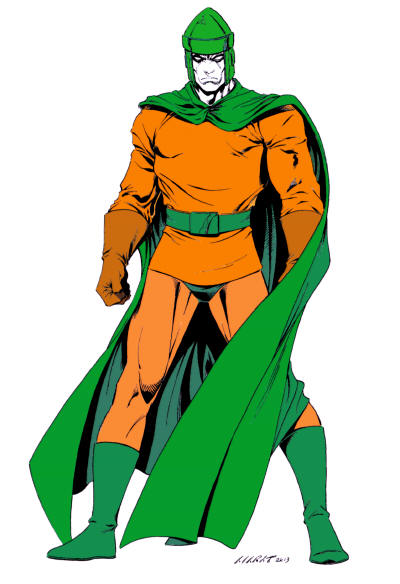 Mychaels worked on the piece overnight, specifically wanting to get the face just right after my words of praise for his first piece. I felt bad about casually slipping in that George Pérez was also doing a Blanx bust at this very show, a level of competition I'm sure no artist is particularly thrilled to hear about. Any anxiety that might have induced was pointless, because Mychaels' piece was finished and of the highest order. Blanx stands proudly, but bearing a visage of simmering hostility, the black pools surrounding his eyes positively molten. How dazzling are the sizzling details-- the gleam of the helmet, the varied textures of the shadows, the feathering at folds of the gloves and tunic, that severely cut thigh muscle, the wrinkles along the shoulders that swoop into an intricate windblown cape. Commander Blanx is bold, almost heroic, but with just enough cues to let you know he's a devil on the inside. For most every character I commission, I want at least one singular Official Handbook to the Marvel Universe money image that boils the subject down to their essence, ideal for reference and repurposing. Commander Blanx has his, and I'm grateful to Marat Mychaels for delivering so robustly!
Posted by Diabolu Frank at 12:30 AM

Awesome commission! That image evokes both regal power and iconic character design that ought to be represented more often. Bring this character back already!

I love it...! Not only is there personality here, but the technique is SO clean.

And I agree--bring back Blanx, the villain J'onn J'onzz deserves. So much more complex than Malefic, IMHO.