Year One: The Post-Crisis Retcons 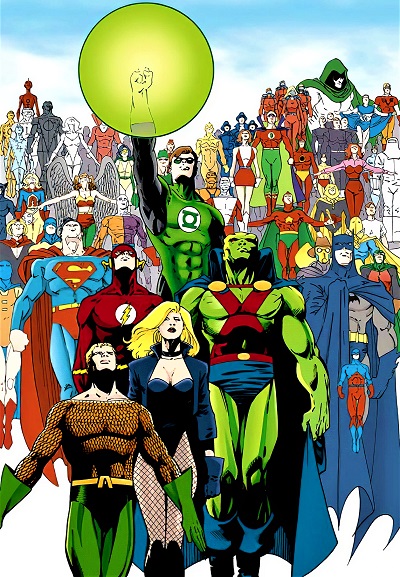 Despite being familiar with Martian Manhunter going back to around 1984, I didn't become a proper fan until 1996's Justice League: A Midsummer's Nightmare #2. It was a moment of epiphany, as if all the near misses of finding favor with the Sleuth from Outer Space all swerved the other way at the same time. In a single splash page by Jeff Johnson, depicting a story beat co-writer Mark Waid informed me was Fabian Nicieza's contribution, it hit me that I loved this character. Being of limited means, I did what most new fans do; started picking up what I could of the character as it came out or when back issues presented themselves to me. While I was certainly a veteran comics reader, it became clear rather quickly that J'Onn J'Onzz's solo stories were a blind spot not only for me, but for the majority of the then-modern audience. Likewise, JLA was an immediate smash hit, reintroducing a new readership to the "Magnificent Seven" Justice League not seen since the early 1980s. DC wisely recognized that these recent converts would be receptive to a new testament, and so a twelve issue maxi-series was commissioned to expand upon a one-off revised League origin story the way Man of Steel and Legends of the Dark Knight had elaborated upon a modern take on heroes' formative adventures. These revisionist histories formed the ground floors of my Alien Atlas adoration, though I'd later face the cognitive dissonance of a deeper understanding of how the Manhunter did (or admittedly most often did not) work on his own terms. In this era, the gospel of J'Onn as "the Heart and Soul of the Justice League" reigned, strongly informing the late '90s WebTV fan site that predated this blog (to my knowledge, only the second significant one of its kind at the time.) Textless solicitation images of period books like JLA: Year One were the backbone of the site, especially before I had access to a scanner (and even then, always someone else's.) Seeing an image like the one above always sends me back to that period.