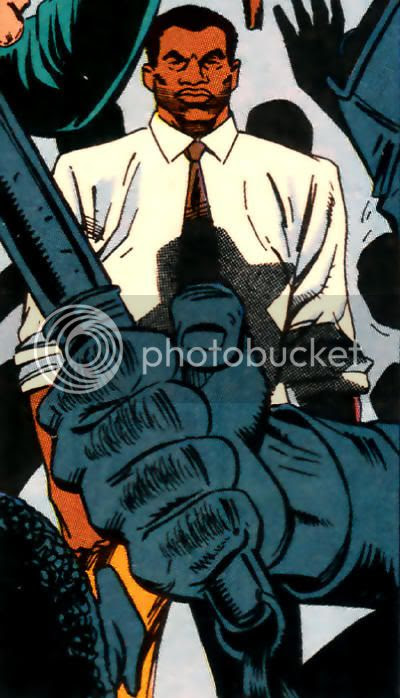 In 1963, while helping out with the investigation of arson at a "colored" church in Wilmington, Alabama, Detective John Jones was stymied by bigoted police officers and fearful black residents. To make headway, J'Onn J'Onzz took on the African-American identity of Bill Smith, and met with the family of Mary Lou Wilson, a six-year-old girl who had died from burns in the fire. "Smith" explained that he had also lost a daughter, and learned that the Reverend Delroy was organizing a non-violent demonstration to call attention to the injustice they faced. Later, J'Onzz resumed his John Jones persona, only to find much resistance from even those he considered friends to right the inequities and halt the threat of violence that hovered over the black citizens of Wilmington. Unable to force a decisive change from without, J'Onzz once more became Bill Smith, and allowed himself to feel the pain of protesters he walked amongst as they were battered by local authorities.