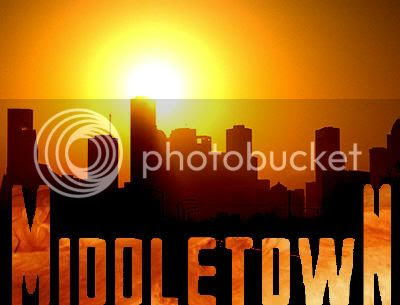 Another DC Comics superhero is on his way to primetime, and he's a familiar face. With the impending end of "Smallville" following the upcoming 10th season, speculation has mounted that the CW would mine the vaults of DC's vast character library for a potential replacement. And apparently, that's exactly what the network is doing.

The CW will continue to build on the framework of the long lived "Smallville" with a new spinoff series, "Middletown." The writing/producing team that started it all, Alfred Gough and Miles Millar, are on board for the new enterprise.

Phil Morris will continue his role from "Smallville" as John Jones, a Martian with super powers who secretly works for the police department as a homicide detective. The character will transfer from Metropolis to the edgier city Middletown, the beat of the character from the comic books. Jones will act as the mentor to a teenage girl runaway with special abilities called Gypsy. Morris is best known for his role as Jackie Chiles on Seinfeld, but has previously appeared on "Melrose Place," "Love Boat: The Next Wave," and the 1980s revival of "Mission: Impossible."

The project has been in the works since 2009, and there were plans to shoot additional footage for "Middletown" during the filming of the "Absolute Justice" telefilm which were eventually scuttled. Actresses in talks for the role of Gypsy have included Cassie Steele and Francia Raisa, but the network has since decided to cast a teenage unknown who can grow with the role. As previously reported, veteran character actor Andrew Robinson has been cast as Despero, an extraterrestrial tyrant.

In DC Comics mythology, John Jones -- created by Joseph Samachson and Joe Certa -- is called the Martian Manhunter. The intergalactic bounty hunter has most of the same powers as Superman, as well as telepathy, shapeshifting and invisibility. However, instead of kryptonite, flames can take away his abilities. Also like Superman, John Jones is the last living Martian, while the rest died under mysterious circumstances. Gypsy -- created by Gerry Conway and Chuck Patton -- can also turn invisible, as well as cast illusions.

Morris continued, “I think the [Smallville] writers in their infinite wisdom cast him as African-American because he really is a man on an island, as is Kal-El/Clark Kent. That’s their one relating point is that they are both the last of their race stuck on another planet with these crazy humans. They have more humanity in either one of them than all of these humans put together; it’s really ironic. That they have created John Jones to be an African-American is brilliant to me, because as an African-American I use that as my motivation... I can play that for the next ten years, frankly, and that’s what makes this show so heartfelt.”

Warner Brothers has had poor luck in attempting to capitalize on the success of "Smallville," with "Birds of Prey" lasting only one season, and "Global Frequency" never moving past the pilot stage. After failed attempts at Robin ("The Graysons") and Aquaman ("Mercy Reef") series, the CW has hedged its bets with two DC Comics TV adaptations for fall. "Middletown" will be joined by "Raven", about a goth superheroine who is the daughter of a demon. "Raven" will stand on its own, while "Middletown" is a direct continuation of "Smallville." A "Blue Beetle" series is also in development, while Fox's "Human Target" is another show based on a DC title.

All of the above is of course a total fiction, culled largely from the following articles:

Still, I can dream, and you can too, actually. I'll be offering up (hopefully) brief episode synopsizes for the alternate universe Martian Manhunter TV series "Middletown," in part for kicks, and in part because I want to make damned sure people learn and remember what Middletown means to Detective John Jones. I've already got the pilot episode and key casting in mind, but what I'd really love to do is act as a "showrunner" for any readers who would like to pitch me fan fiction episodes. Drop me a line at email_of_diabolu@yahoo.com if you're interested in contributing, or feel free to offer suggestions in the comments.
Posted by Diabolu Frank at 12:00 AM

I might contribute an episode, but I'll have to read the pilot first.

Man, you had me going that there actually was hope for humanity for a second there...

And it still sounds better than that aborted Graysons show.

Getting my hopes up again I see, you cruel, cruel man! *sigh*

I'm pleasantly surprised to see that Phil Morris actually said all those nice things. Smallville needs to get more mileage out of him.

I've got mixed feelings about Raven hitting primetime. The only word that springs to mind when I think of a Raven TV series is "emo."