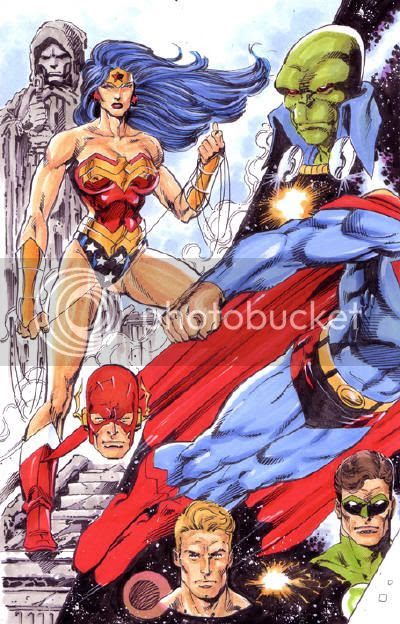 Full color Byrne influenced spectacle emphasizing the DC Trinity and that rarely seen convention known as "backgrounds." Not big on the elliptical Manhunter cranium, though...