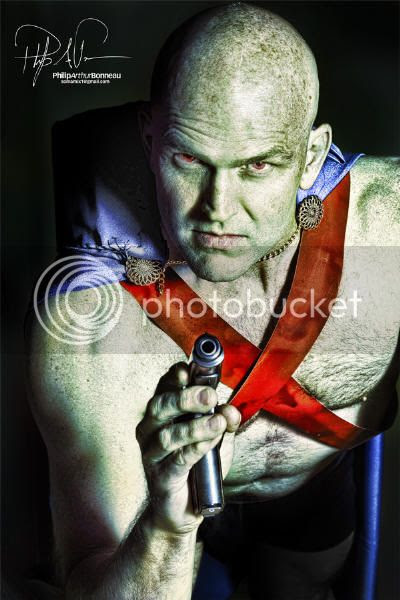 Normally, if another blog covers some bit of material that crosses into Martian Manhunter territory, I prefer to run in the opposite direction. I'd rather sit on a post than be samey-samey. However, The Aquaman Shrine made mention of a fantastic photo essay that hasn't popped up anywhere else I've visited lately, and it's too good to pass up. Click To Enlarge 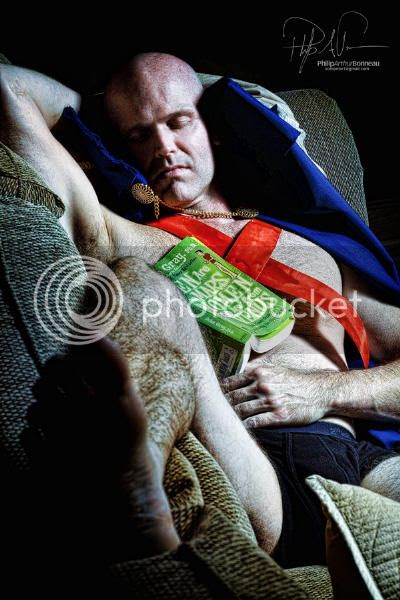 Atlanta artist Philip Bonneau likes to dress people up as super-heroes using inexpensive household items, but he has a frou-frou explanation to keep up his indy cred while pimping the LGBT-friendly exhibition. As he told The Advocate, "This show allows for the models to embrace the chance to be those characters they were denied and is proof you can be anything you want to be, if you have the confidence to be yourself." Most awesomely, one respectably convincing guy decided who he wanted to be was J'Onn J'Onzz, the Manhunter from Mars. Well, I suppose alopecia may have played a role in the decision. 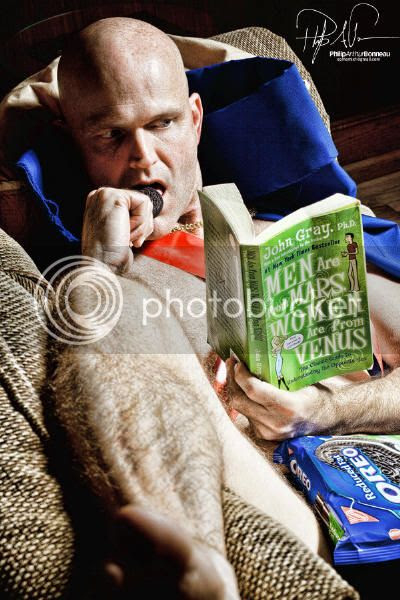 For once, I really dig the use of obvious but effective gags in these pictures (and the replacement of Chocos for the brand quality if reduced fat real stuff.) I'm also really glad they managed to avoid any crotch shots, which I cannot say for the rest of Bonneau's Flickr photostream. Featured heroes get as obscure (though appropriate) as Black Condor, but you might want to wait until you're at a secure personal computer, depending on how sensitive your HR department is to thinly veiled frank n' beans and/or transvestites in Wonder Woman garb. "Issue #2 – DC Comics Universe" is only the halfway point in the project, so if you're interested in offering support for further work, scope out the Kickstarter page.

Posted by Diabolu Frank at 1:39 AM

This is a pretty effective series of photos, and I love the gags.

It has a nice candid quality that really works. I'm glad they went with R&R Oreos-eating J'onn.