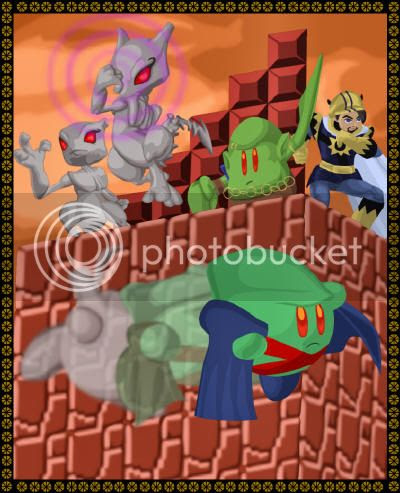 An addition to my Super Smash Bros/Justice League of America Mix-Up Series.
Featuring

I like finding unique things for the blog, and this qualifies. I find it very cute, and one of the rare video game mash-ups to appeal to my sensibilities. Do note the MM-symbol border. Also, there's an adowable wittle Ma'alefa'ak!
Posted by Diabolu Frank at 2:07 AM

This. is. so. AWESOME. Great find!

They forgot to copyright Nintendo for the Mario blocks. Tsk tsk.