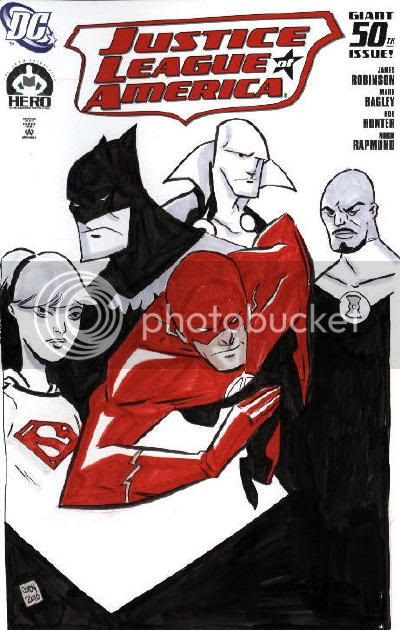 Somebody clearly loves the Flash (and the back cover says Black Canary really loved Green Arrow.) Still, you don't throw Supergirl (GRRL,) Batman, Green Lantern John Stewart and the Manhunter from Mars into the background if you don't care about them exceptionally.